Smug Yankees find it easy to look askance at the actions of the South after the Civil War; after all the North had won the war. Unfortunately, Lincoln’s assassination severely undercut the plans for the post-war Reconstruction of the South. Lincoln’s successor, Andrew Johnson–a Southerner by birth, cared little for helping the South wishing to curry favor with Congress in order to show his support for the Union.

The next president was US Grant who believed in Lincoln’s ideals. He tried to make Lincoln’s wishes a reality; but he could do little to stop the Congress from ending Reconstruction in 1877. Federal soldiers were withdrawn from the South eliminating protection for freed blacks and their white supporters. This opened the door to segregation–often referred to as the Jim Crow system. Southern politicians with the aid of the federal court system legitimized segregation and convinced the country that “separate could be equal”. 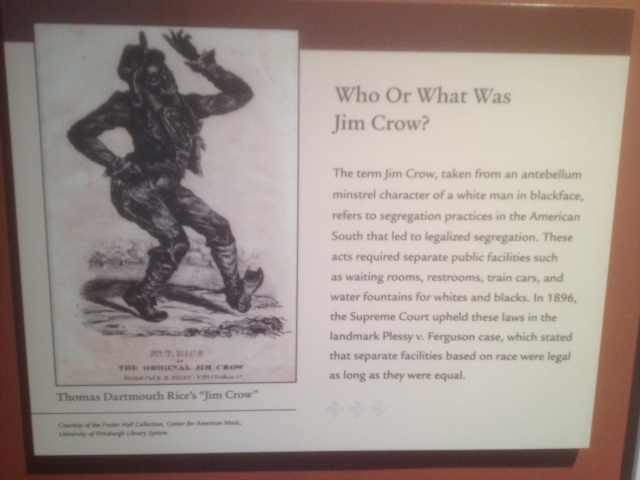 Segregation supported the false notion that blacks and whites would be happiest when they did not have to commingle in church, stores, schools, etc. This system was in place throughout most of the USA–another reason one should not be too smug. It was not until the 1954 that the landmark US Supreme Court decision on Brown vs. the Board of Education (Topeka, KS) opened the door to true integration. The next line of battle was the speed of implementation for the integration process in each locale. 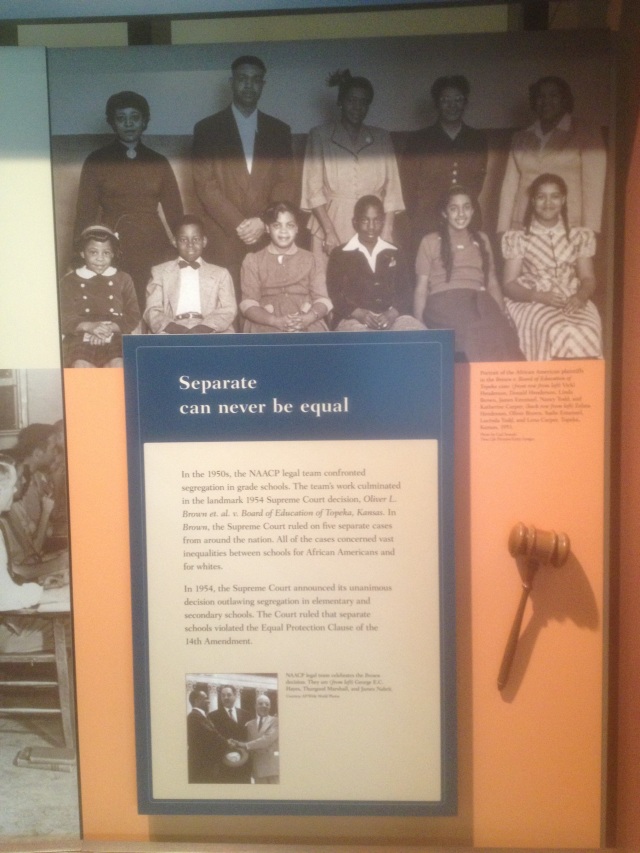 School boards were notoriously slow with the implementation of integration. Supported by the NAACP the Little Rock Nine chose to ride the momentum of the decision and challenge segregation by attempting to attend Little Rock’s whites only Central High School in 1957. What came next was a war of words between the Arkansas governor and the courts soon followed by the deployment of Arkansas National Guard to stand between sizable and unruly white mobs that blocked the school entrance in-order to intimidate the students and he “Nine”. After a series of confrontations President Eisenhower ordered the 101st Airborne into Little Rock to protect the black students and ensure their legal rights as American citizens. He also federalized the National Guard pulling them away from the governor’s control.

The story of these brave kids and their black/white supporters is told via a topnotch interpretive center located kiddy-corner from the high school. This National Historic Site focuses on the efforts of nine black students as well as their supporters; and it gives an excellent overview of racism and segregation. Today it is very easy to forget all the problems created by segregation — it still exists today but in a more subtle way.

This is the school today looking virtually unchanged after 56-years. 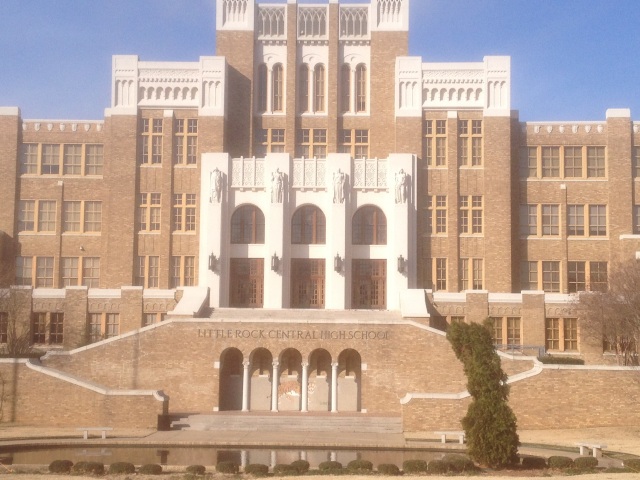 The visitor center was very informative with a number of interactive tools that can be accessed by any visitor.

Clearly these folks are true heroes, but let us not forget the Hispanic farm workers, the Native Americans and the Asian Americans who also suffered at the hands of the white majority. None of us should be too smug since prejudice can be found in most areas of our country and throughout the world. Let us hope that segregated practices and prejudice will eventually be eliminated–it too late for boomers to get this done. It will be our children and grandchildren who will finally see this to its final fruition.

We are all better for the effort.