The wonders of our country never seem to end. The Columbia River is the fourth largest river in the US of A. The river was our guide from Portland to the Pacific Ocean. It is a recreational boon to the area as well as a transit-way for shipping. Ocean vessels such as freights and tankers traversed the river from Longview, WA to Astoria, OR. Ships carry lumber, agricultural goods, natural gas, oil, etc,.

We even ate lunch along the bridge so we could fully appreciate its girth.

Soon we turned southward along the Pacific-Oregon coast. The northern half of the state has some of the most beautiful and rugged shoreline imaginable. Roiling waves constantly charge the stone walled shore creating endless clouds of wet spray. The water seems to divide some two or three hundred yards from shore. The eye can detect a aquamarine hue to the closer, shallower waters; beyond the aquamarine the water edges darker becoming purple blue. One surmises that the transformation of color equates to the water’s temperature changes. 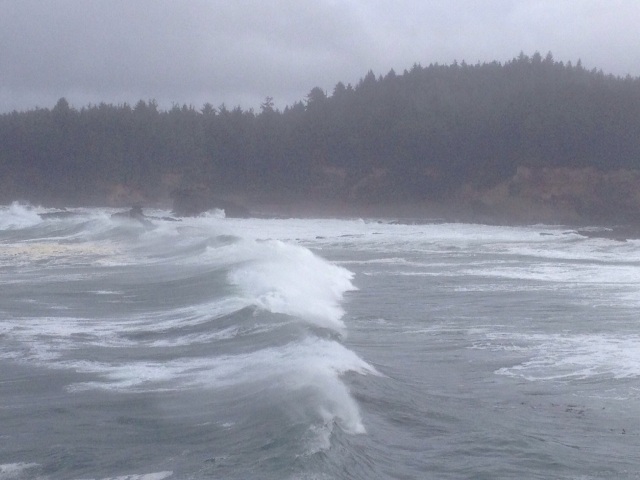 The landscape often appears to be the ruins of long ago civilizations that had once inhabited the region. The stones appear like sentries looking out to sea.

During the course of the day we passed through a number of small coastal towns — the most notable was Tillamook. Tillamook is the home of a successful dairy cooperative that sells cheeses, yogurt, milk and ice cream throughout the Northwest, California, Montana and Nevada. Occasionally COSTCO sells Tillamook cheese. We had heard so much about the Tillamook brand we felt compelled to stop and tour the cheese factory; sampling their products was a must. I can report that the cheeses are smooth, delicious and various in number. The Tillamook ice cream is rich and creamy.

Having worked in a food factory after I had matriculated to college I was enthralled by the machinery that operated on the factory floor as we watched large chunks of sharp cheddar cheese move through a conveyor system that dissects, packages and packs cheese: 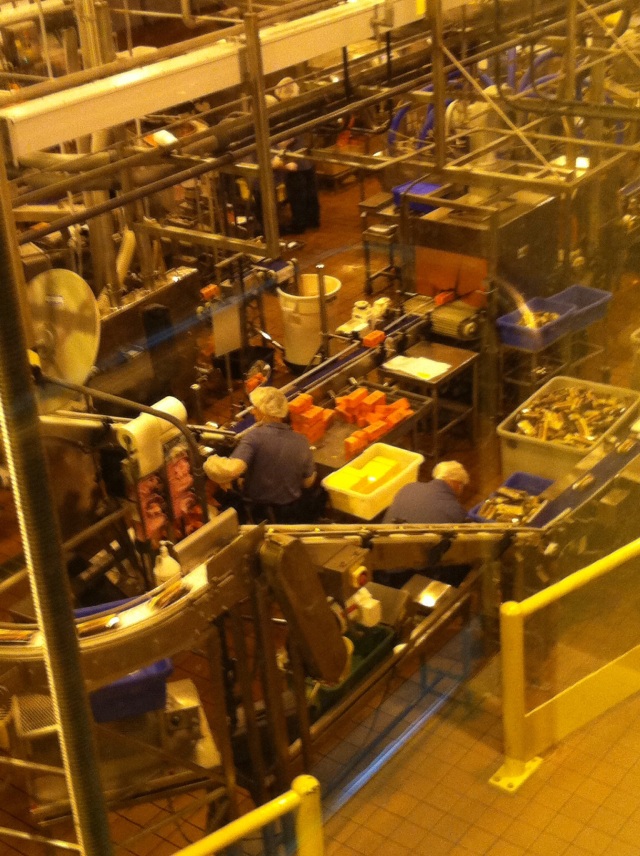 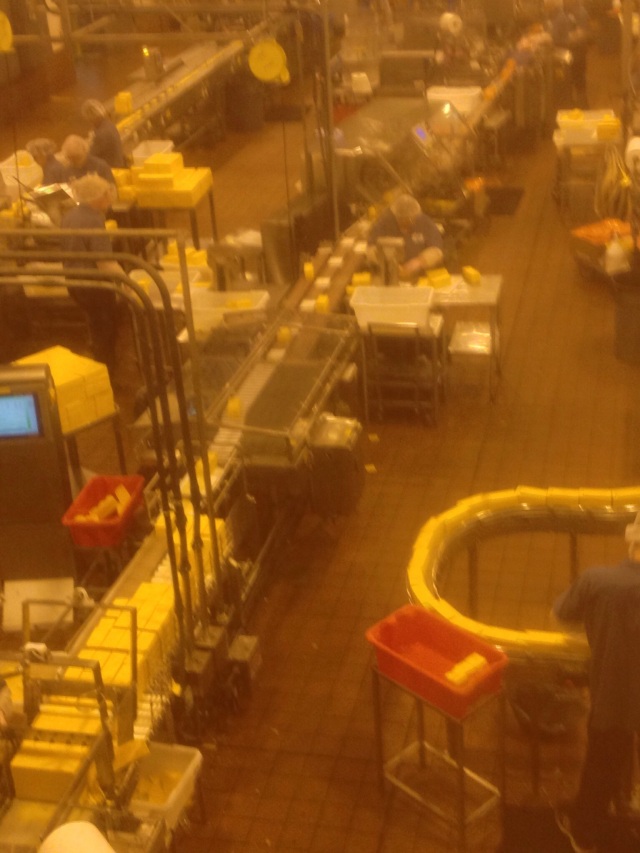 Included in the tour was an overview of the 100-year history of the coop. We learned that the milk comes from farmers throughout the county and that the original price points were based on the prices for Wisconsin cheese. These farmers are also the owners of the coop.

Before we turned eastward we had the opportunity to visit the Oregon dunes. The official state records show that the dunes cover a forty mile span starting near Florence, OR and ending in Coos Bay, OR. The dunes are designated a recreational area. In plain English this means that part is reserved for recreational vehicles like dune buggies and part is for pedestrian traffic: 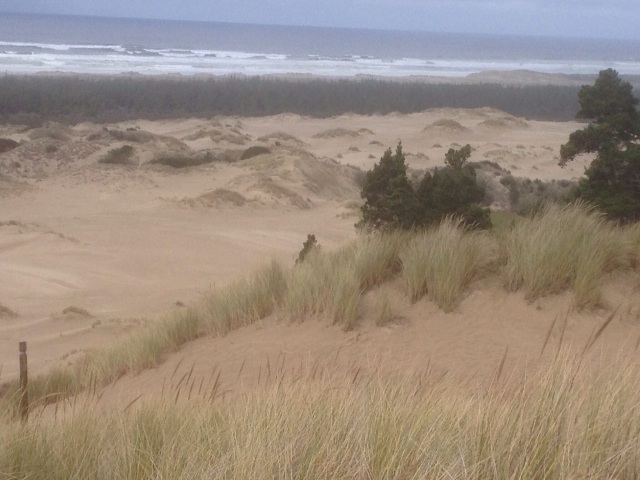 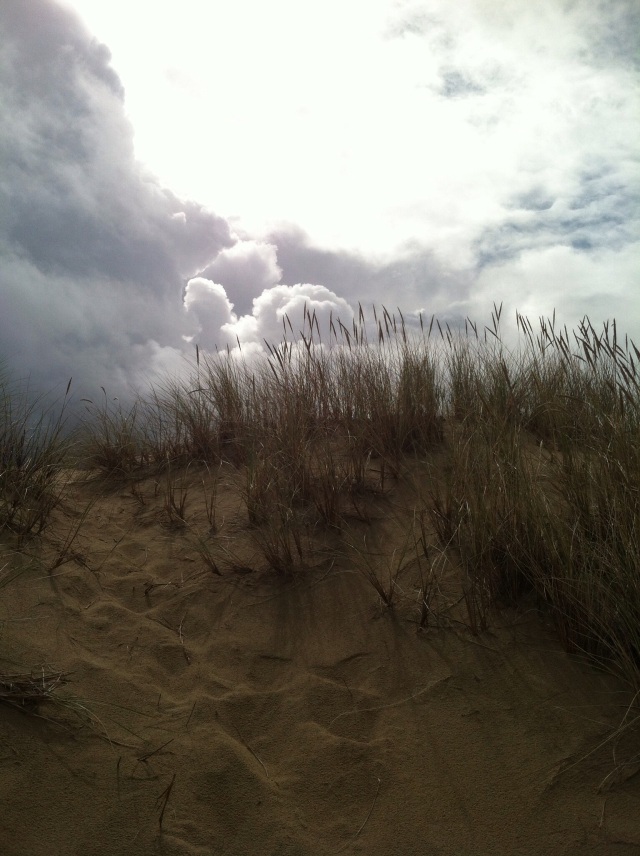 The entire dune region is geographically broad. Walking on the sand is very easy as it had been dampened by rain earlier in the day molding the sand into a concrete-like material. We picnicked near the dunes and then began our journey to Crater Lake National Park. With each visit to a national park we are closer to our goal of visiting oodles of sites. We chose to avoid traffic related due 15. double-digit almost all of the National Parks.

Going to Crater Lake is a major turning point in our road trip.