Wandering has its benefits. Travels should be filled with many adventures. Locating a new place to visit nourishes the mind, the heart and the soul.

Agate Fossil Beds National Monument located in northwestern Nebraska is such a place. Located in “butte country” it is approximately six hours south of the South Dakota Badlands via US Highway 20 aka the “Bridges to Buttes Scenic Byway”. 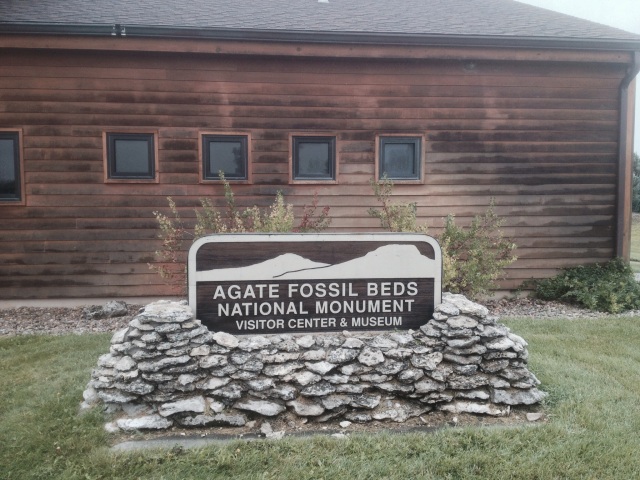 This site contains mammal fossils dating back twenty million years — that’s well past the time of dinosaurs. Mammals were at the top of the food chain — man wasn’t on the scene.

Imagine the ancient Niobrara River’s flood plain ebbing and flowing as the weather turns from wet to dry. It’s because of the river that the fossils came to rest in this valley. Thousands of mammals depend on its vegetation and water for nourishment. The lush landscape entices them to remain. Droughts are epic and harshly reduce any chance for survival. Many will perish as they struggle along the muddy shoreline too dehydrated to survive the journey from receding grasses to the shrinking water holes.

Today’s flood plain is covered by a variety of grasses and wild flowers. The Niobrara River once so expansive is now a minor stream feeding these wetlands. The largest mammals are beavers, rabbits and occasional deer.

It was in the late 1870’s that a rancher — James Cook — first stumbled upon some fossils. The local Native Americans — Lakotas– knew of the fossils too. At first they were suspicious of Cook’s motives when he told them that the fossils were a significant find. The Lakotas believed this was a ruse to steal their land. Cook eventually persuaded the Lakota’s Chief Red Cloud to allow white academia from the east onto the land to dig up and remove the fossils.

Cook invited palaeontologists from Harvard, Yale, Amherst and the Carnegie Museum to participate in the digs. At the time this was considered a tremendous discovery because very little was known about the mammals that lived during the Miocene period. They found thousands of bones mired in each level of sediment including pre-historic camels called Stenomylus, dog bears called Amphicyon, rhinos called Menoceras and horse-like creatures called Miohippus. 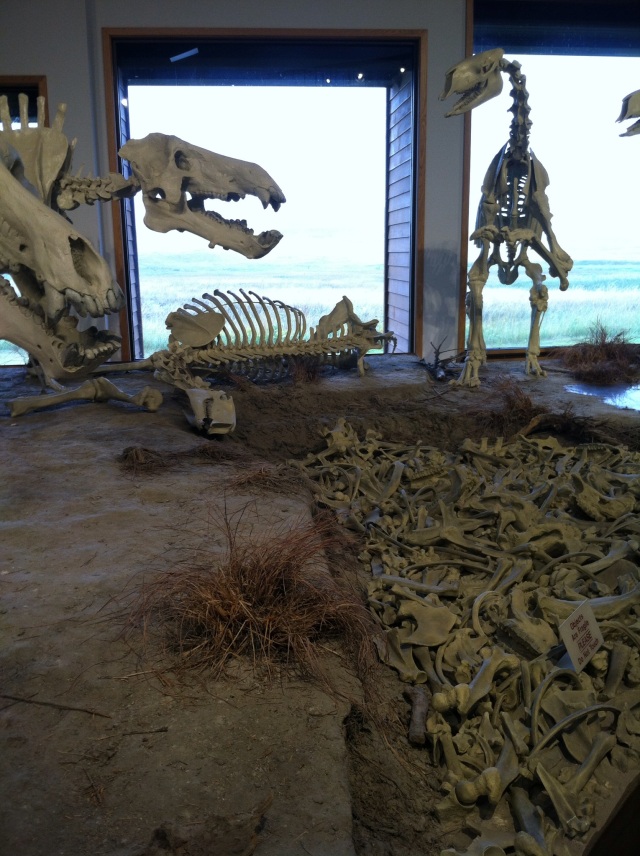 The real fun begins with a hike to the two buttes called “University” and “Carnegie” where most of the fossils were discovered. Looking closing its still possible to see stone encased footprints made by these early mammals. 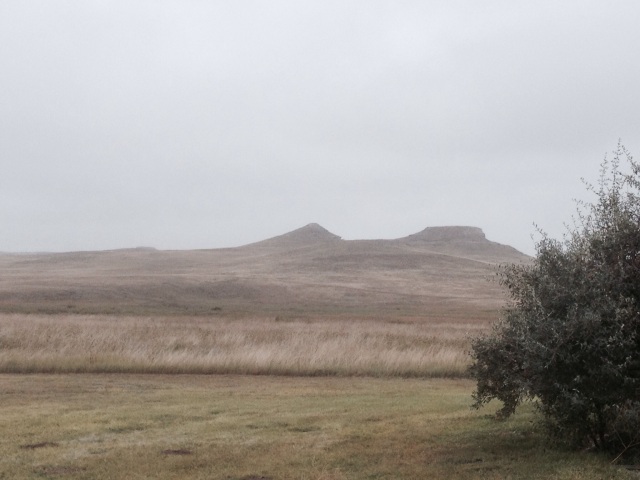 Later, another hike can be taken up Daemonelix Hill where large corkscrew formations can be viewed. The name stems from the thought that only a “demon” could create such formations. Later scientists determined these were simply burrows of large beaver like mammals called Palaeocasters. I prefer the former more exotic explanation over the latter. 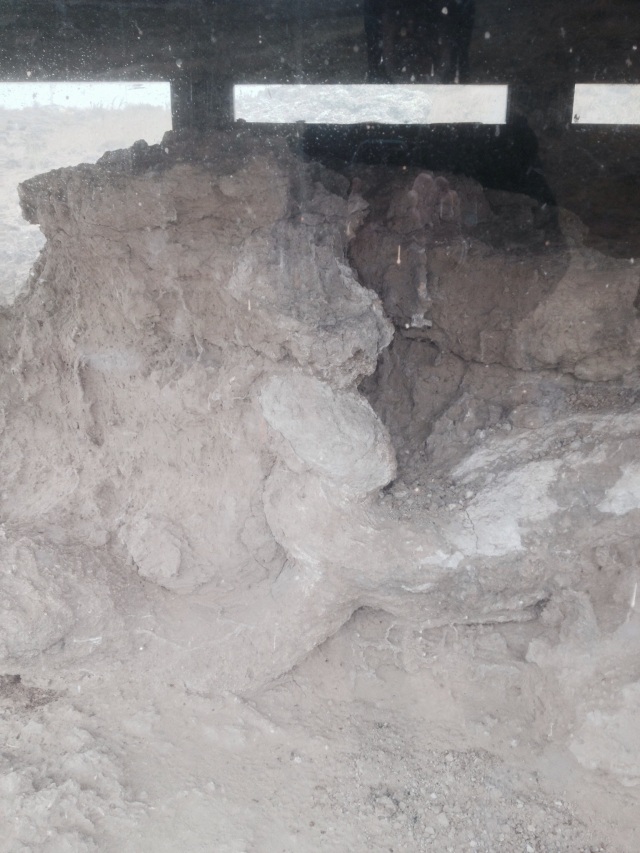 Sand dunes standing like sentries eternally “frozen in time” can also be viewed during this hike.

Visiting Agate Fossil Beds transports one back through time. These fossils offer a unique narrative different from the dinosaur fossil sites, exhibits, etc.

Visiting this Agate Valley kindled a stronger appreciation for a prairie that once dominated much of the United States. Imagine thousands of acres of six foot high grass quietly oscillating in the wind. It was a force to be reckoned with — Lewis and Clark described it as a sea of grass.

Though Agate Valley’s scale has been diminished by human intrusion it still reflects the power of the prairie landscape. Knowing that many of the world’s unique land masses are rapidly being diminished a melancholy feeling flowed through me. Glancing out over the valley one more time I sighed deeply because today that vast prairie sea only exists in a patchwork of sanctuaries scattered about the country.

I really hope some will be left for future generations to appreciate.