Visiting the Truman Presidential Library and Museum was a return to a time many of us have forgotten or simply never knew. The narrative was amazing — and the results could only happen in America.

Harry was born old. Born in town city raised on a farm. Worked in office jobs but was restless and bored. WWI came along he enlisted to prove his mettle. Proven a leader he returned home to win the heart of Bess Wallace.

Back in Kansas City he opened a haberdashery. He felt keen about public service and with support from the Pendergast political machine he won.

The depression ended his retail career. Harry unsuccessfully sought statewide office — until he set sights on a US Senate seat. In 1934, with Pendergast support Harry won. Labeled the senator from Pendergast the victory tarred Harry — he was treated with benign neglect. It made his first term unremarkable. But it also fed a dogged determination to prove himself to the political establishment.

Harry was smart and honest to a fault. Fairness was in his genes. Harry ran for a second term in 1940 and won without Pendergast support. He’d proven that he was his own man. Soon after came the build-up for WWII.

Harry became a vocal critic of fraud and waste in the defense budget. The Senate leadership gave him an investigative committee to weed out the bad seeds. His success paved the way to higher opportunities.

You may wonder how Harry rose so fast. Well, timing can be everything in life. Democratic power-brokers knew FDR was sick and would likely die within the next year. When FDR ran for an unprecedented fourth presidential term the party bosses wanted a stable and reliable VP. They didn’t trust Henry Wallace (no relation to Bess) the current VP who was a confirmed Socialist. They chose Harry for VP giving Wallace the boot.

The war made FDR and Harry’s election victory a foregone conclusion. He’d now witnessed FDR’s tremors up close. His elevation to the presidency was on a fast-track. In April 1945, Harry got the call that changed his life forever. FDR was dead and he was now the president. 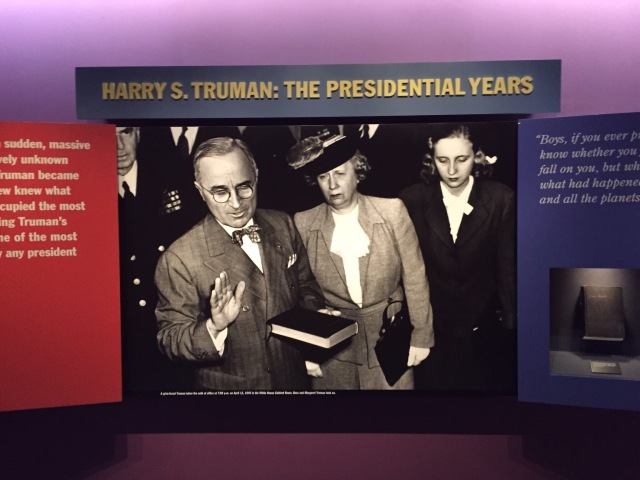 Harry accepted the Roosevelt team. The war was pursued to its logical conclusion — by summer the Nazi war machine was no more. 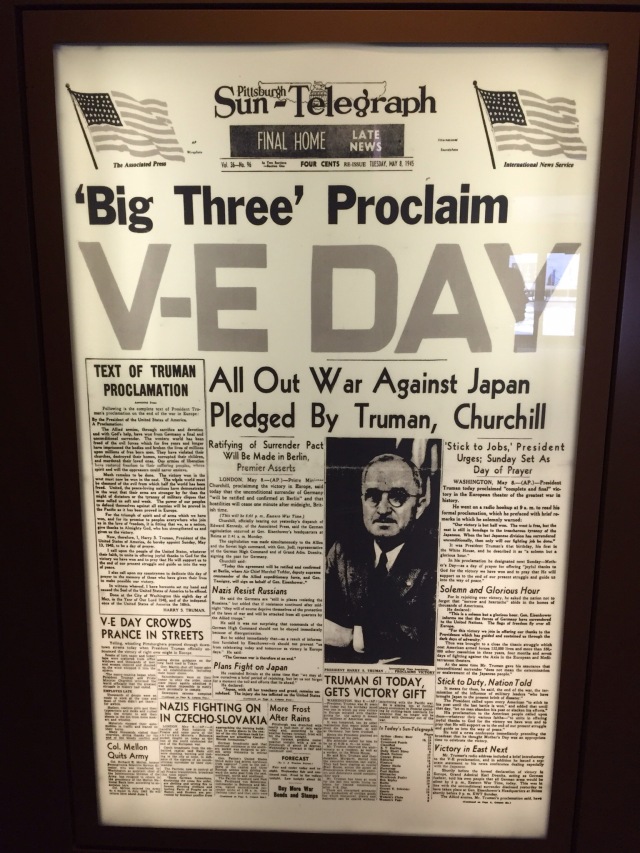 By late summer Harry learned of the A-bomb and began to consider whether to drop it. The first A-bomb was dropped without notice to Britain or Russia — later we learned spies had infiltrated the project — a secret no more. The second A-bombing sealed the deal — unconditional surrender by Japan ending the war. 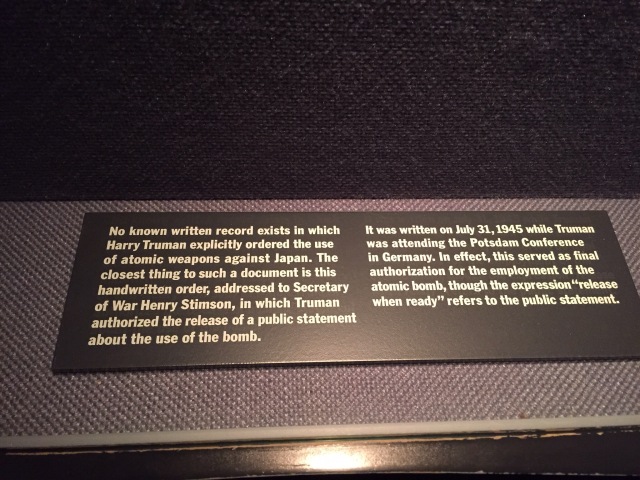 That sigh of relief everyone heard came from the American public and military. Invasion plans to conquer Japan were ready to go.

The debate still rages today over the need to use the A-bomb, the need to invade… Japan. American battle plans and maps show we were ready to go. Harry and his advisors feared that American losses would be proportionally similar to Iwo Jima and Okinawa (between the two battles Americans suffered 20,000 dead and 60,000 wounded); while the Japanese casualties topped 100,000 including civilians. To avoid the coming bloodbath dropping the A-bombs was a horribly necessary act. The war ended shortly thereafter. (Side-note: my father would have been part of the American invasion force — I believe this saved his life.)

The war’s end forced the country and Harry to address myriad social, economic and cultural forces . Returning soldiers needed places to live, jobs, educations, etc. Women who had filled men’s jobs during the war years were pushed out and back home. The economy was to be transformed from a war footing to a newly labeled “consumer” economy.

Housing stock was ignored during the war years. Now it had to be replenished and filled with new home goods and appliances — need and want were working hand-in-hand. New legislation helped veterans pay for schooling via the GI bill. Homes were purchased and financed using VA mortgages. By 1948, the country transition to a consumer economy was virtually complete.

In 1948 Harry ran for re-election. He became the “Give em hell” Harry thundering about the do-nothing Congress. Tom Dewey and both parties’ political establishments said Harry would lose — he won. 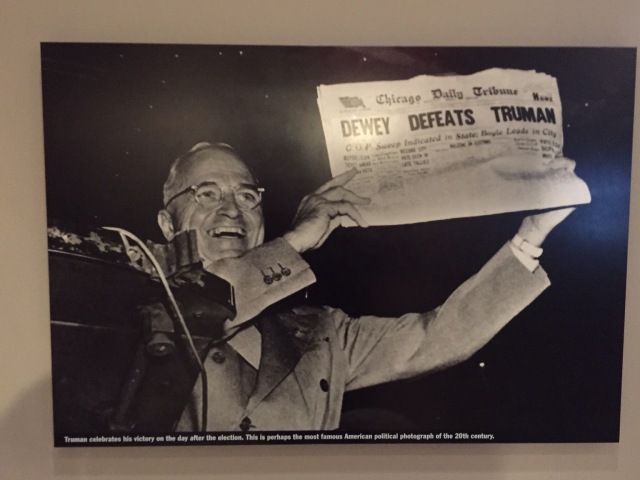 Now elected on his own Harry faced a series of challenges that lasted throughout his term. Europe and Japan needed to be rebuilt in order to bring prosperity and political stability to those regions — hence the Marshall Plan.

The Plan was a tremendous success–see this photo of postwar Hamburg, Germany. It also became the genus for the “Cold War”.

The “Cold War” began with the wartime allies quibbling over the political status of postwar Germany and Berlin. At one point the allies airlifted millions of tons of supplies into Berlin busting a Russian blockade. Stalin feared another German inspired war. Although German unification was eventually settled in favor of the western powers it led to an “Iron Curtain” falling over eastern Europe. The Russians wanted a buffer zone between themselves and the Germans. Russian actions led to the American policy of containment — containment of Communist expansion was implemented around the globe. This policy resulted in the UN coming to the aid of South Korea to halt its invasion from the north.

The Cold War would be fought for the next 50-years — some say its now returned with a vengence.

Harry had accomplished much as president. He laid the foundation for a world view that included the UN and an expansion of American power implemented through a vigorous foreign policy and the rise of the military-industrial complex. Simultaneously Americans benefitted from an unleashing of economic power never seen in the history of the world. These dynamic forces fed the hubris of our people and our government. It forever changed us and soon led us into troubled international waters.

The Truman Library was a good reminder that all Presidents, no matter their political persuasion, are capable of good and bad actions.

His “The Buck Stops Here” mantra warned his successors that decision-making is a necessary, lonely and thankless role.

As I left the building I realized he was a pretty darn good president.

*Special thanks to Truman biographer David McCullough who coined this phrase.

4 Responses to Tru(e)man from Independence*