Escaping to Florida in March has developed into an annual ritual.  The post-holiday cold and snow easily evaporates in the warmer climes of Southwest Florida.

Attending spring training games has been an important part of the ritual.  This year we attended two games jampacked with offense.   The hours spent at the facility gave me a steady look at dozens of regular major and minor league players.  There is really nothing better than going to a ballpark on a warm and sunny day.  The MN Twins spring training camp is comprised of seven full fields that are used for training, practice and live games.

Everywhere one looks there are manicured emerald green sheets of grass.  Its shocking at first — the look, smell and feel of the grass momentarily overwhelms.  The “spongy” grass adds a spring to any step; in the morning it glistens from nighttime’s dew and from dousing sprinklers.  Earthiness arrests the nose.  Later, while climbing into the car I casually glanced down and noticed some freshly cut blades of grass lying aside my shoes.  I smiled recalling that snow, ice and cold  awaited me “up north”.  I shook off the memory — it was too soon to think  about winter. 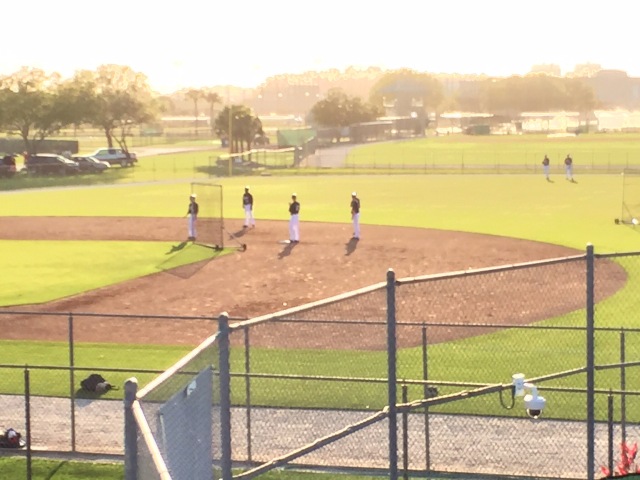 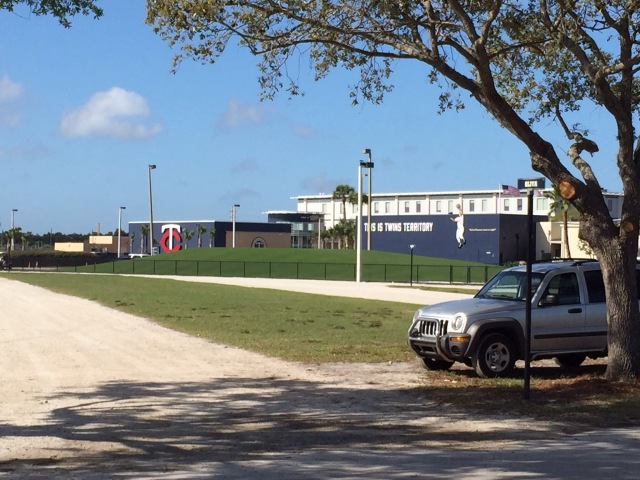 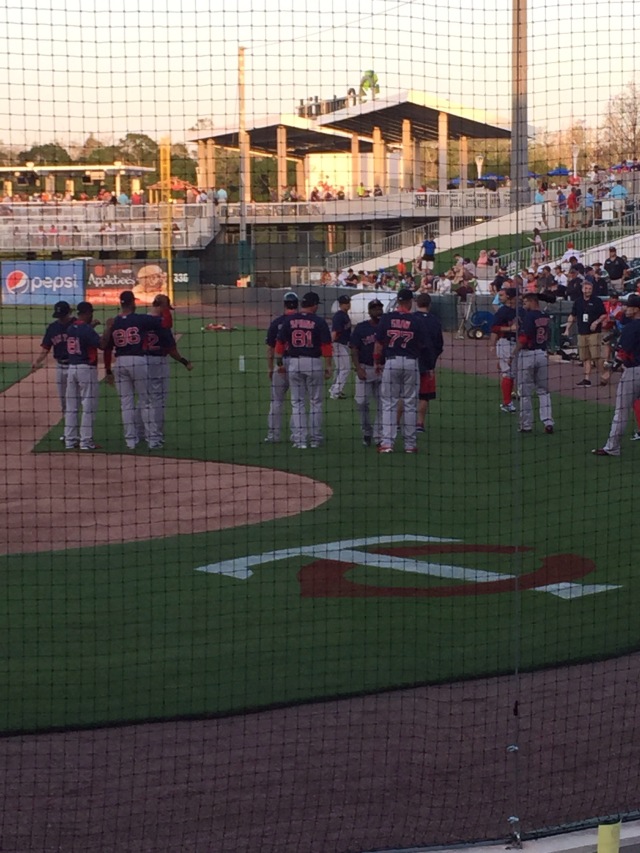 One of the best things about spring training is arriving hours before the game.  The atmosphere is laidback for the players and the fans.  No doubt its humbling for the players to be scrutinized so early in the year.  However, banter between the coaches, players and fans fosters a relaxed environment seldom seen during the regular season.  Seeing so many team greats like Rod Carew, Tom Brunansky, Tom Kelly and Tony Oliva work with rookies and veterans re-kindles nascent memories of any kids playing days. 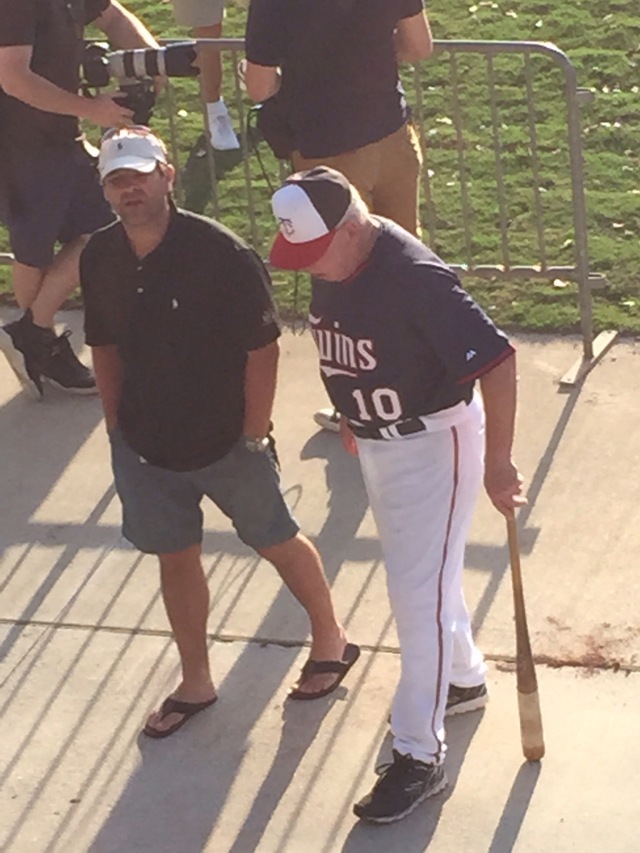 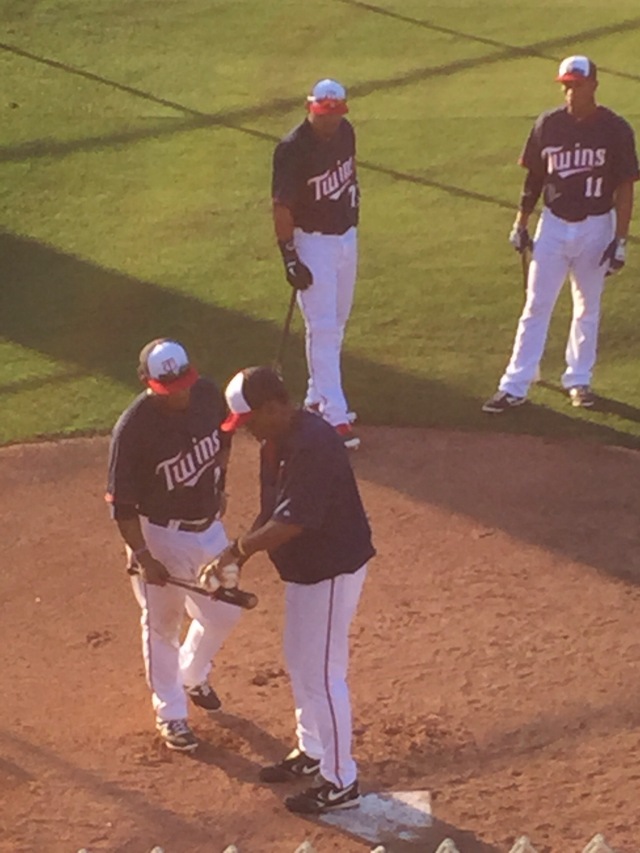 Most American kids will play some level of organized baseball.  My particular talents were not exceptional — good pitcher and weak hitter — bailed on too many curveballs.  Over the years my involvelment was mainly umpiring and coaching youth baseball.

This background enabled me to enjoy watching a variety of hitting, running and batting drills. Spring tends to erase any lingering doubts from last year’s season.  It restores hope for the coming season — every team begins fresh — theoretically all will have a chance at winning the World Series.  Until the season is in full swing every fan will boast of their team’s pitching staff, the hitting prowess of the offense and the slickness of the fielding.

Where is my hat and glove — who has a baseball we can use? 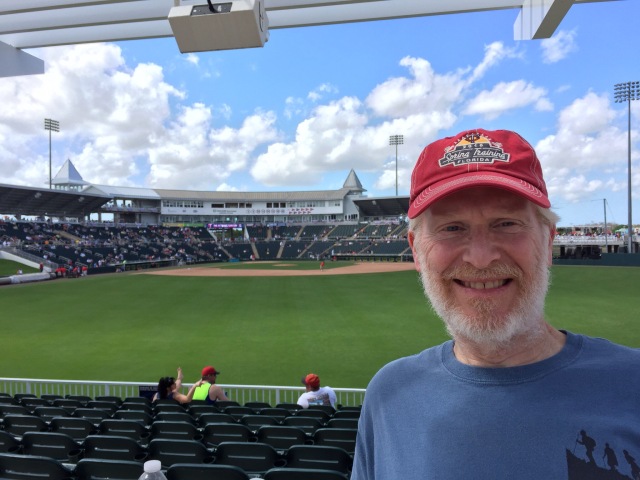 2 Responses to Field of Dreams