I keep returning to the Crystal Bridges Art Museum and I know why.   Paid for by the lone daughter of Sam Walton, the founder of WalMart and the Walmart Corporation, this place is a reminder of the good that money can do.

The building is located a few minutes from downtown Bentonville, AR.  The museum is nestled in a valley surrounded by an urban forest.  The site was under construction for seven years.  The building uses the woods and the Crystal Springs to emphasize how man-made things can adapt to their surroundings.

This photo captures the essence of the museum’s location:

Nature outdoor art also thrives on the site–this quartz which may be  found throughout the area:

There is also an abundance of wildlife: 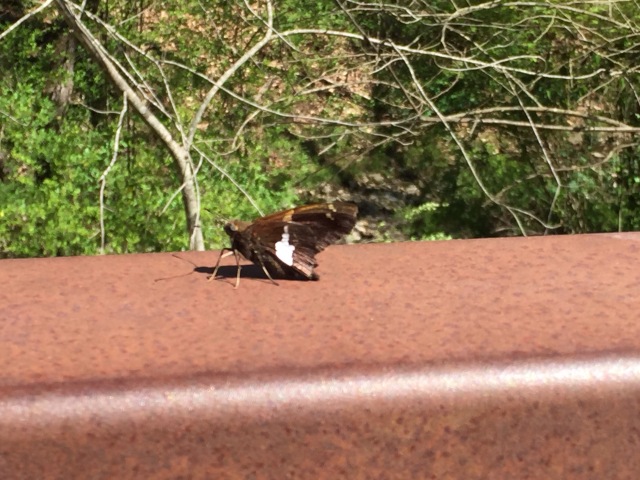 Ok, so the building is a work of art…what about the works inside the building?  Be assured that it is filled with a broad collection of art created by American artists dating back to the American Revolution. Below are several of my favorite works currently on display:

This is “Rosie the Riveter” by Norman Rockwell in 1943: 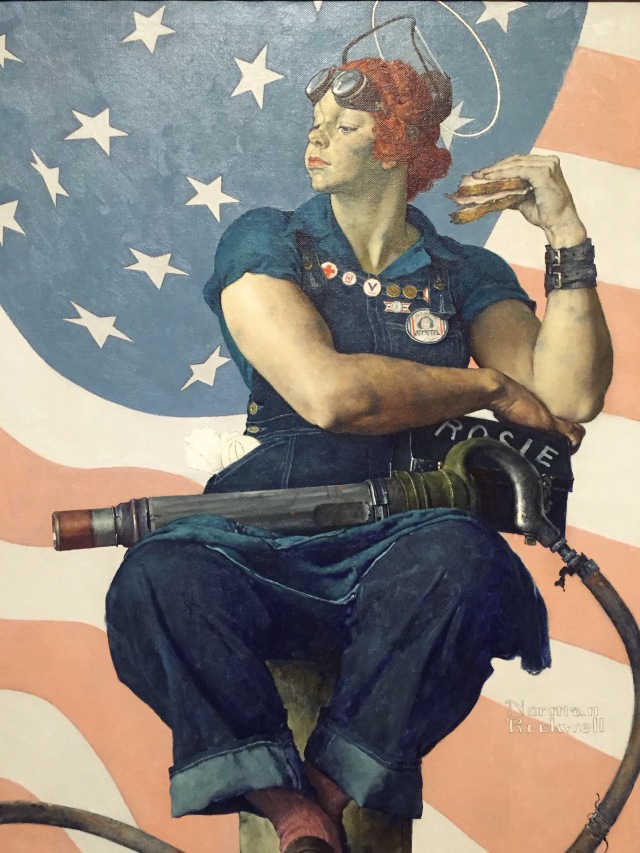 This a self-portrait completed as a sculpture in 2010 by Evan Penny in 2010 depicting the artist as an old man — he is 59. This unique piece was created using a 3-D printer, clay and even his own hair for the beard and hair:

This colorful and very modern painting by Joan Mitchell was labled “Untitled” in 1952:

This still life of Hollyhocks was painted by John LaFarge in 1964: 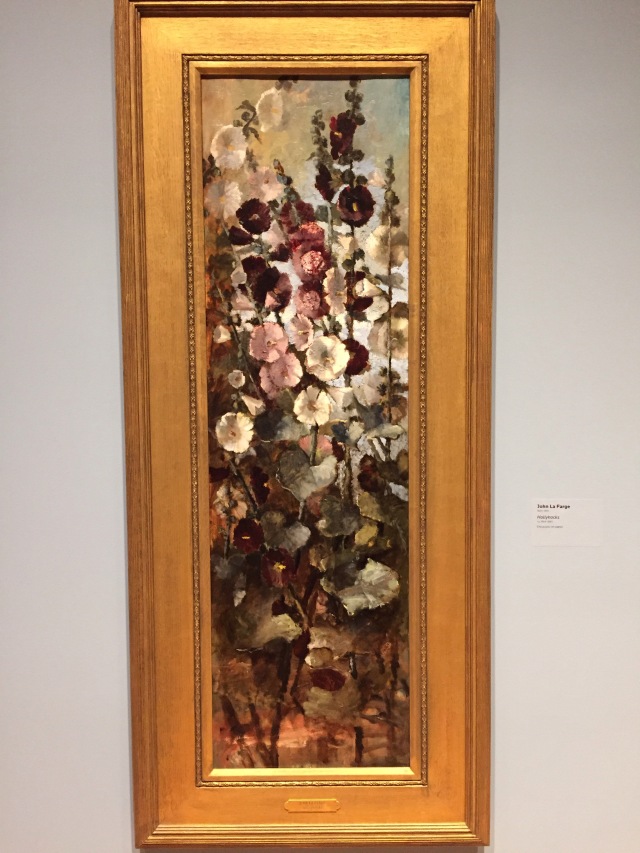 This sensuous. wire sculpture was created out of piano wire: 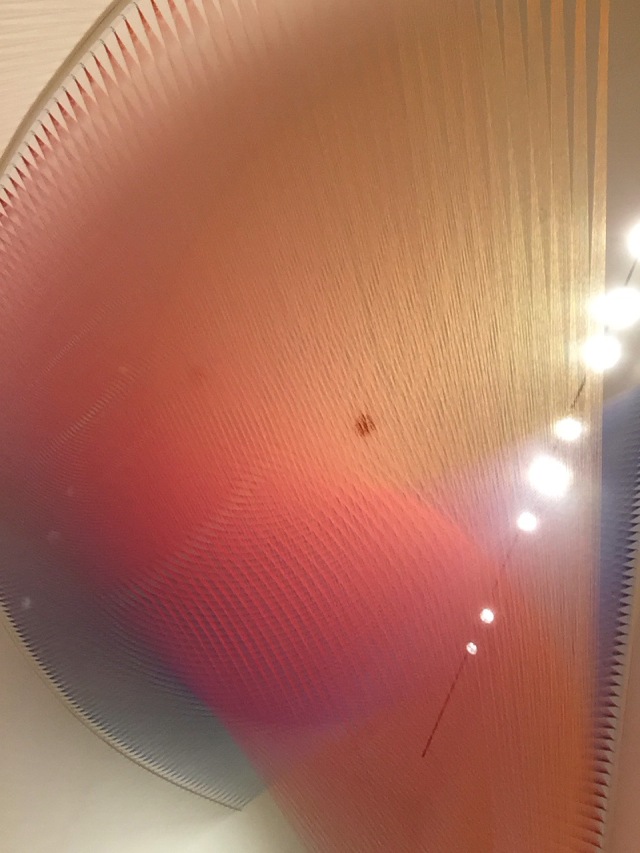 These are the final pieces I’ll share with you—each depicts Alexander Hamilton who was on of our founding fathers.   Rather apropos since a very successful musical based on his life is currently on Broadway. The sculpture is a Ceracchi completed in 1794.  The latter painting is by Trumball who completed it in 1791.  I don’t see a resemblance–can you? 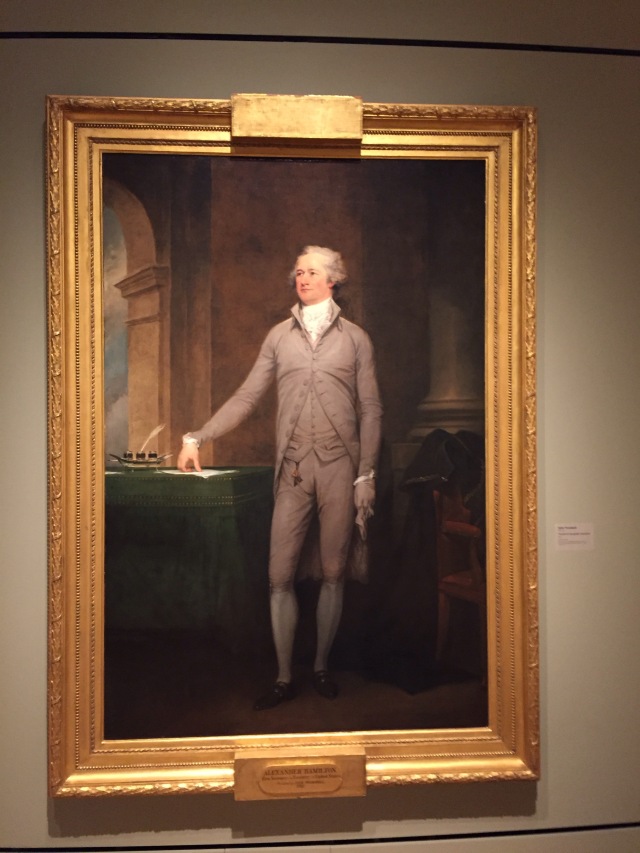 After completing our visit we picnicked on the grounds.  All in all a lovely day.
I forgot to mention the museum is free–fees are only charged for special exhibitions.

And it’s worth every cent!