Living near the Mississippi River and a stoned throw from Minnehaha Park one gets used to ice forming and the disappearance of running water until spring.

This winter has been warm and snowless.  The dramatic changes can be seen in these photos of Minneahaga Falls taken over the past two months.

This was in January: 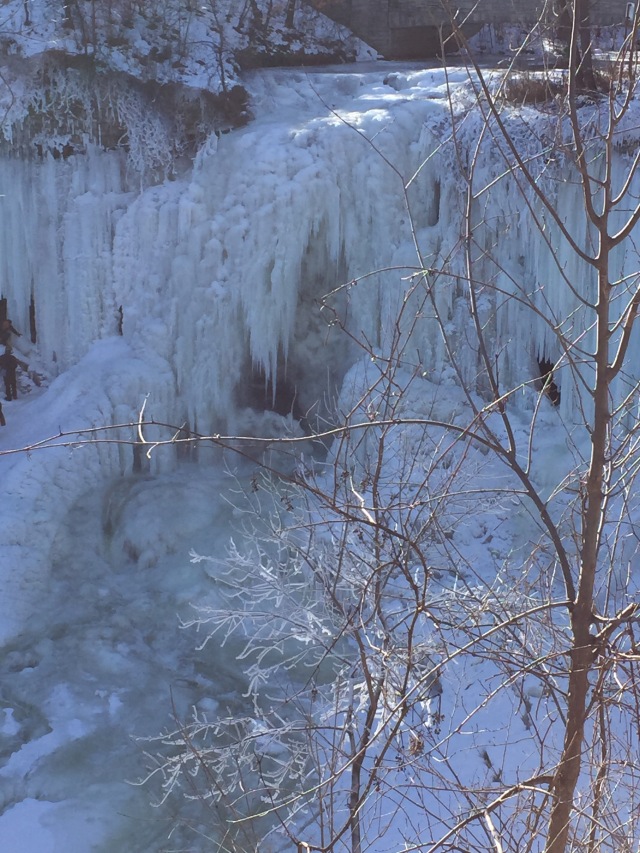 This was in February:

This was this past weekend:

A walk around a local lake a week ago showed this:

Today the lake was free of ice and was flooding its banks:

It ain’t natural and it sure ain’t normal!

Imagine, yesterday it was 63 degrees in Minneapolis, tornadoes struck areas just west of us, there we’re thunderstorms and even a touch of snow last night.  The local pro basketball team cancelled last nights game due to condensation on the floor.

But there really isn’t such a thing as global warming!

1 Response to This is winter?