For many Pamplona is a place for R & R after a couple of days of walking.

It’s a walled city from the north and one enters over an old stone bridge — this is part of its charm: 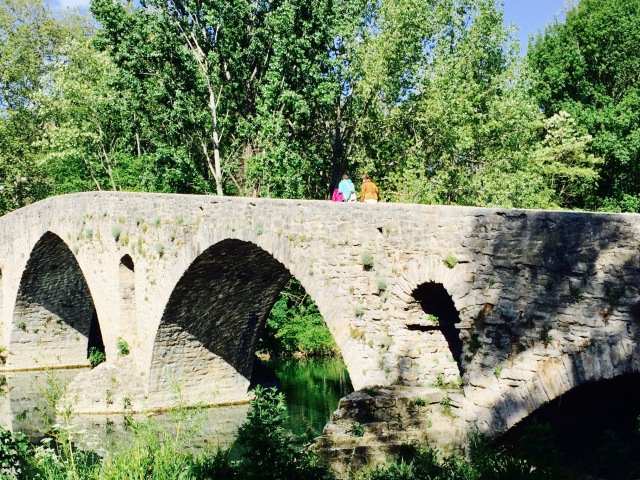 Arriving sooner that expected I found the city during siesta time.  Little activity could be seen:

The windows of closed shops were still fun to see: 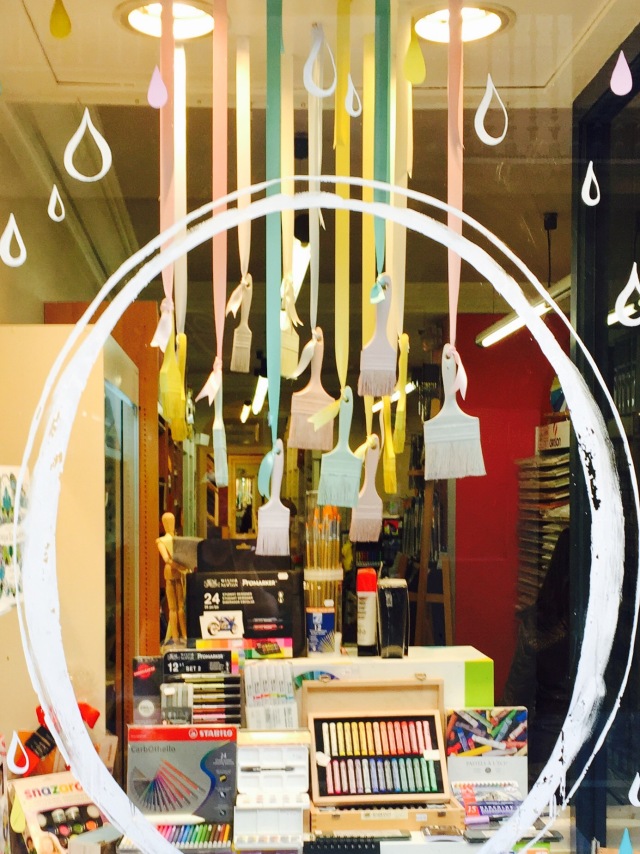 This window was very unusual:

Along the way I also found the church of St. Saturnin.  I walked in to check it out — lit some candles–actually upon dropping coins in a slot battery powered candles lit up.  No mess — very modern: 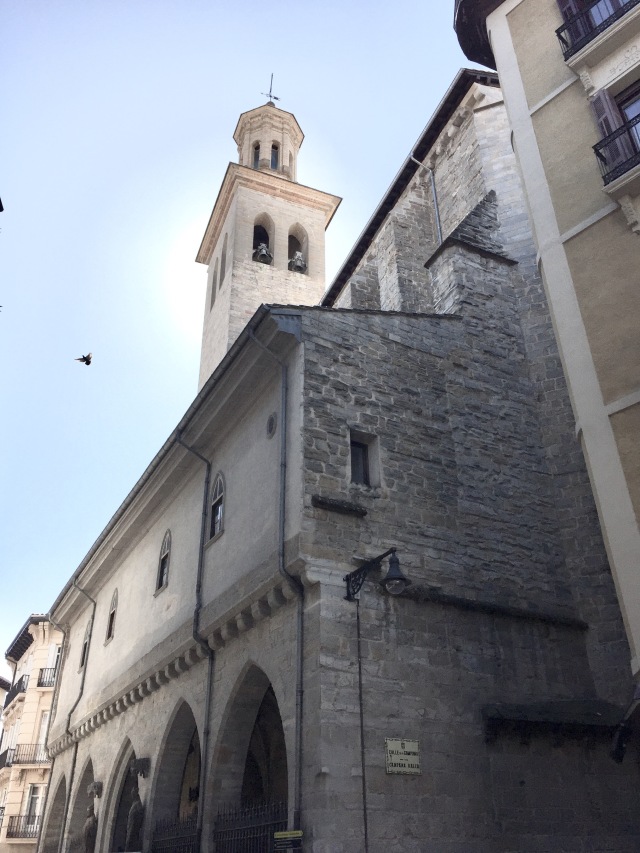 The church was classic and an added bonus was arriving during mass:

Continuing through the city was constantly reminded that this was a path for the Camino: 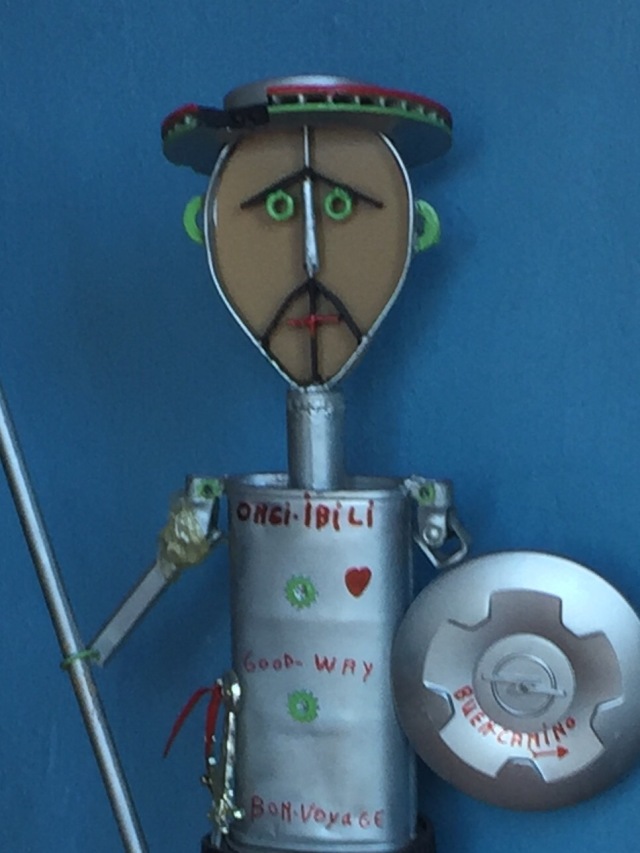 Beyond this harbinger of good will were the numerous townspeople who patted my shoulder saying “Buen Camino”.  If I appeared lost someone quickly reoriented me.  It was as if I was running a marathon.

As I walked through the city Camino markers led the way: 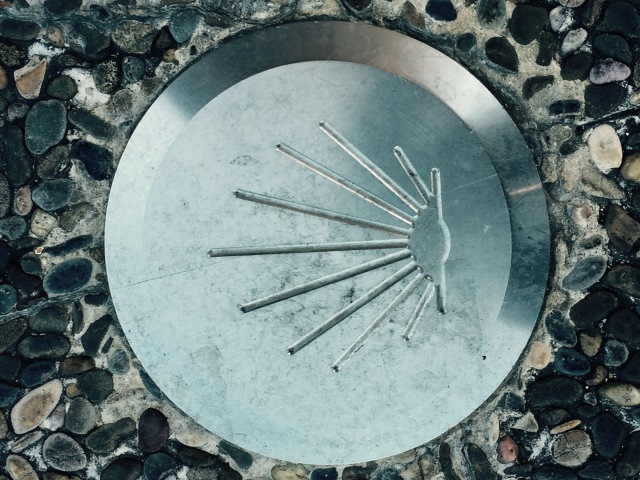 under awnings of trees — more exotic than others: 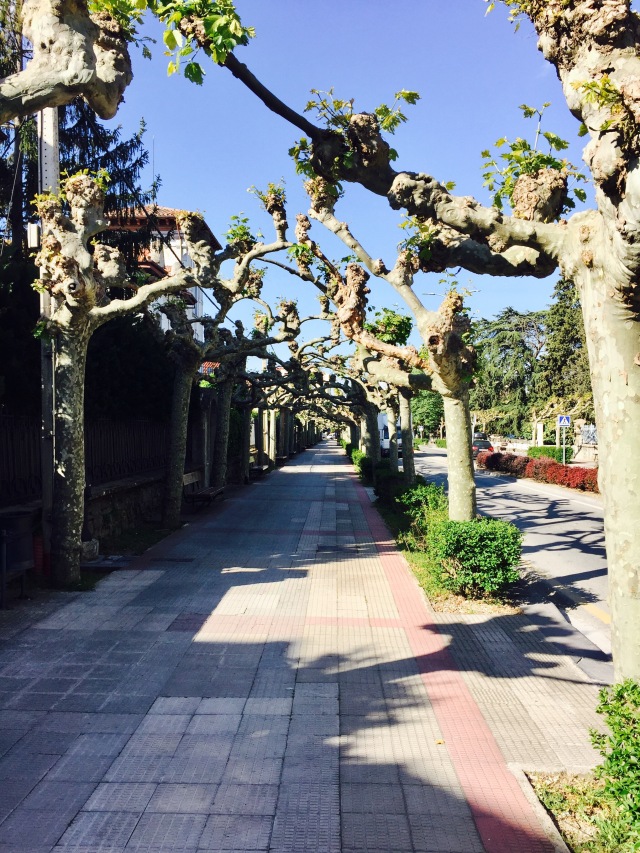 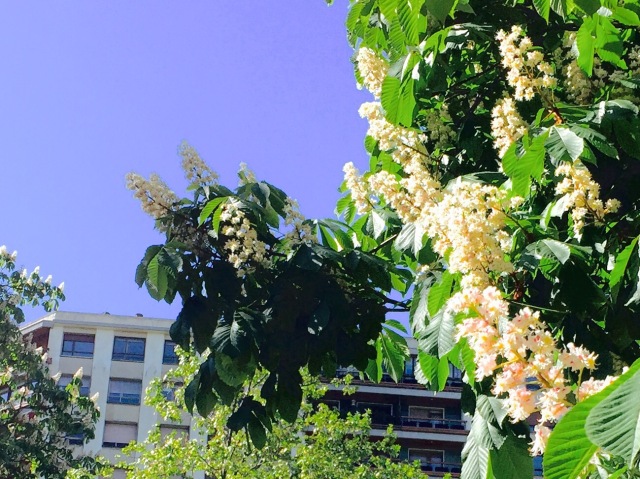 One sight that will interest cycling affectionotos is the way traffic control treats bikes–and yes people are riding bikes:

Once into the “suburbs” other sights came into view:

I crossed the city in half an hour and  the path changed as well: