The past few days have involved climbing, rain and lots of mud. But today was different–got up quite early and made good use of a flashlight.  Occasionally some other light also came into play:

From a motorway tunnel: 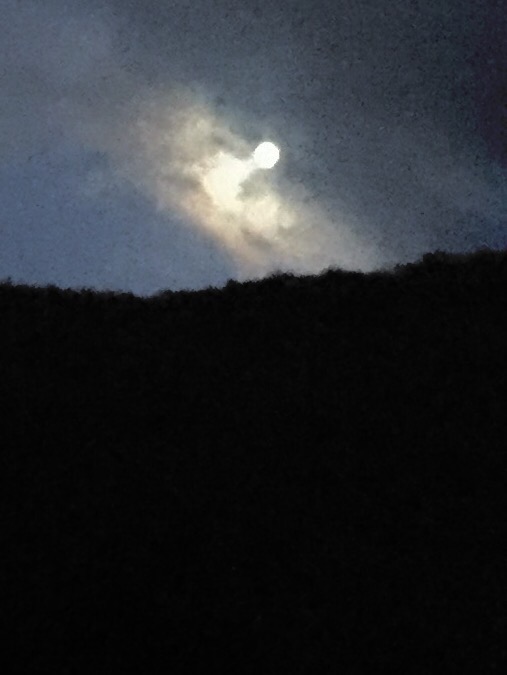 Nearly an hour into the day a chef from Britain fell in with me — as it turned out Ray and I walked and talked for almost 7 hours.

Fortunately, for us the weather cooperated and the views were outstanding as we eventually climbed over 4,300 feet;

The landscape has the look of Italy or the California wine country –Mediterranean:

The path was more crowded the closer we got — at the top were bus loads of tourists getting an all together different look at “our” newly conquered mountain.

All the structures in the mountain village of O’Cebreiro were made of stone: 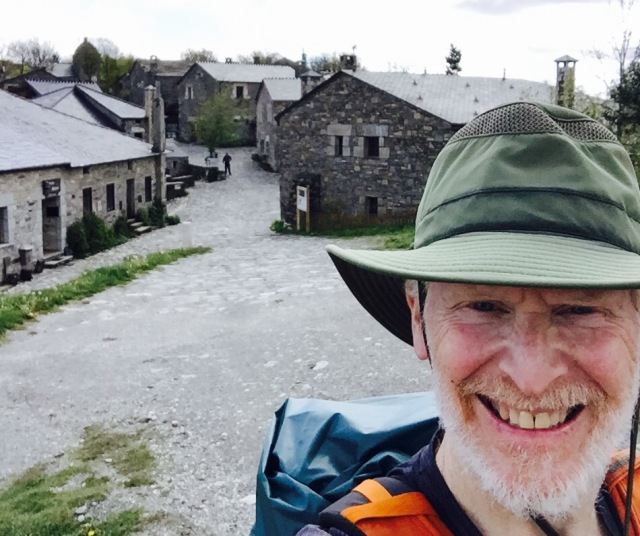 After hours of climbing I felt energized and compelled to continue.  Shortly thereafter I passed a large statue of a pilgrim heading west into a strong wind:

Soon down the mountain I continued coming across a number of critters — it sure seemed like the dogs outnumbers these cows: 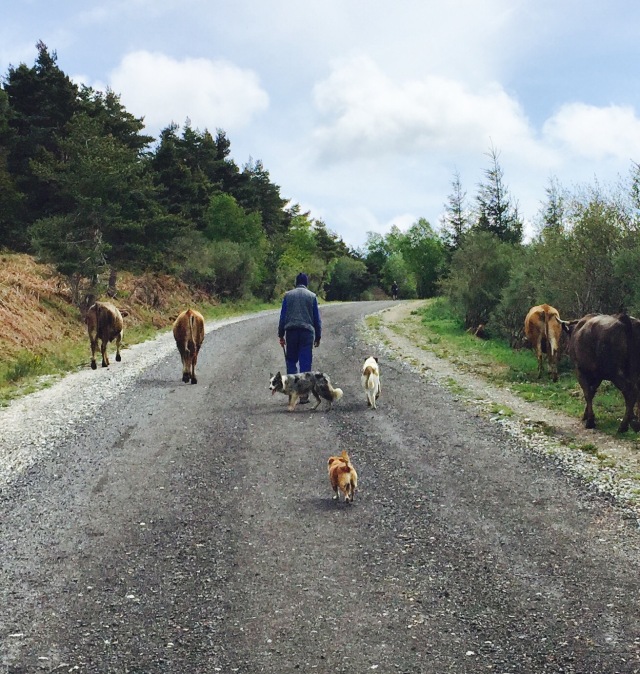 and some of my favorites–roosters who crowed as I walked by: 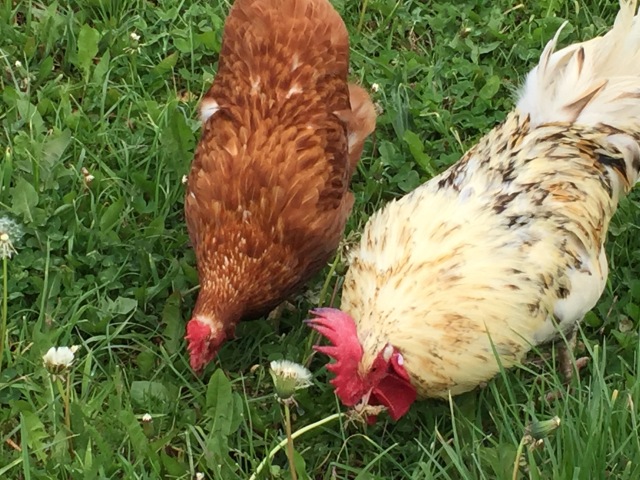 loved this pony–mud and all:

Crossing the mountain meant the move from the province of León to Galacia: 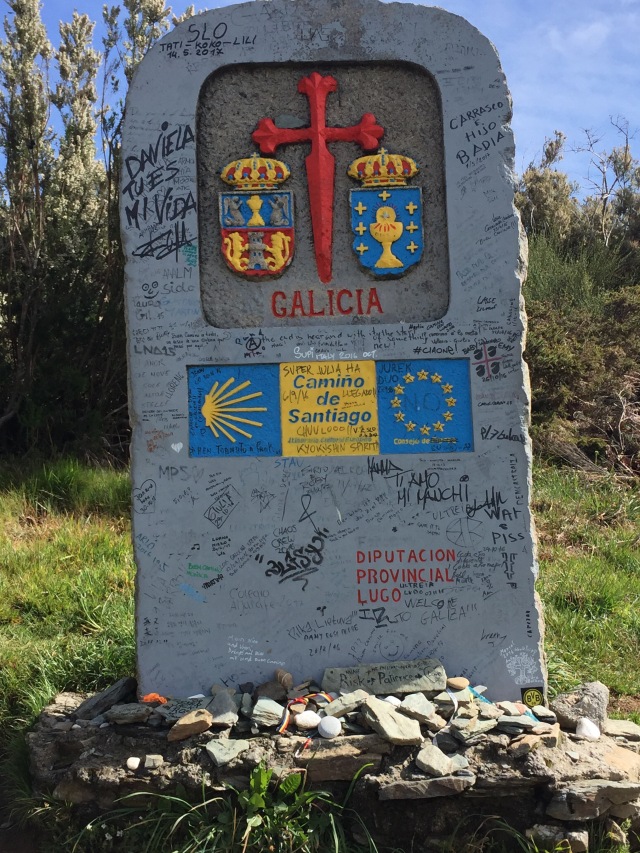 The final stretch leading to Santiago was within my grasp.

I soon landed on a spot for the night.  As I entered two Russians were quibbling with the proprietor over shampoo. They needed some and the price was too steep.  Since I had several small containers in-hand I gave them one.  In return they asked me to join them for dinner.

On the Camino one meets the world so I agreed to sit with Olga and Eleni.  Well, their mastery of English was vastly superior to my ability to speak Russian — that is to say we spoke rubbish.  So there was embarrassed laughter, several quiet pauses and lots of “charades” in play.  After some time passed I excused myself, wished them well and went back to my bed.

As I lay in bed I was beginning to fully realize that the journey would soon end.  There was 100 miles left to go to Santiago.

So it goes on the Camino!

8 Responses to Chasing the Clouds