Baseball been berry berry good to Me!*

Seeing a baseball game (the great American pastime) in every Major League Baseball park is a lifetime goal of mine. While in Detroit my team–the Twins played the Tigers. The season is winding down (9-games are left to play) so it was luck that a game was at:

The park is a combination of glitz, glam and sport. It offers everyone a little something.

Hall of Famers players being honored: 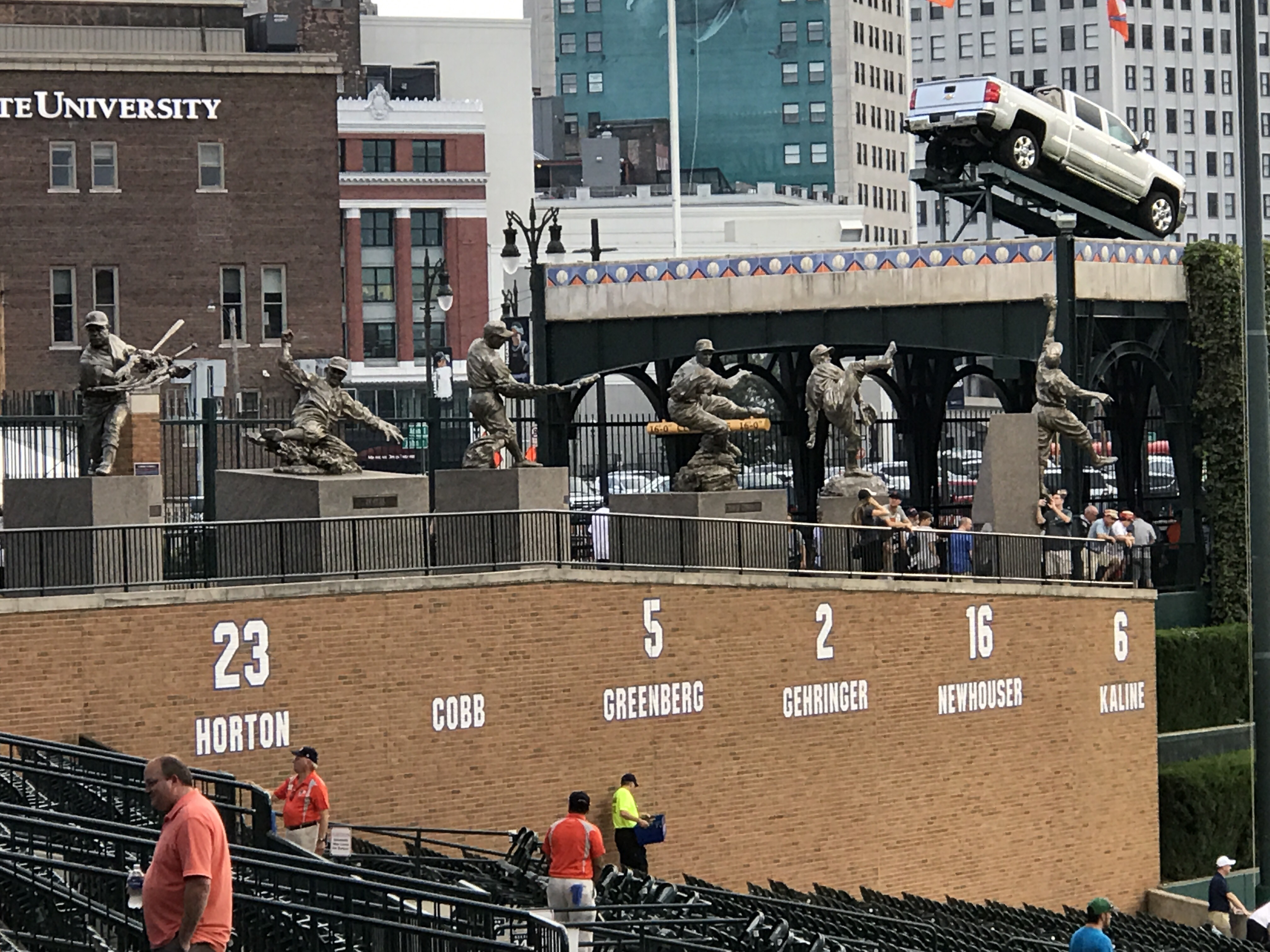 Amusements that caught the eye of young and old are within the confines of the park:

Celebrities could be seen in various poses during the game:

For those interested in motor sports there was a race: 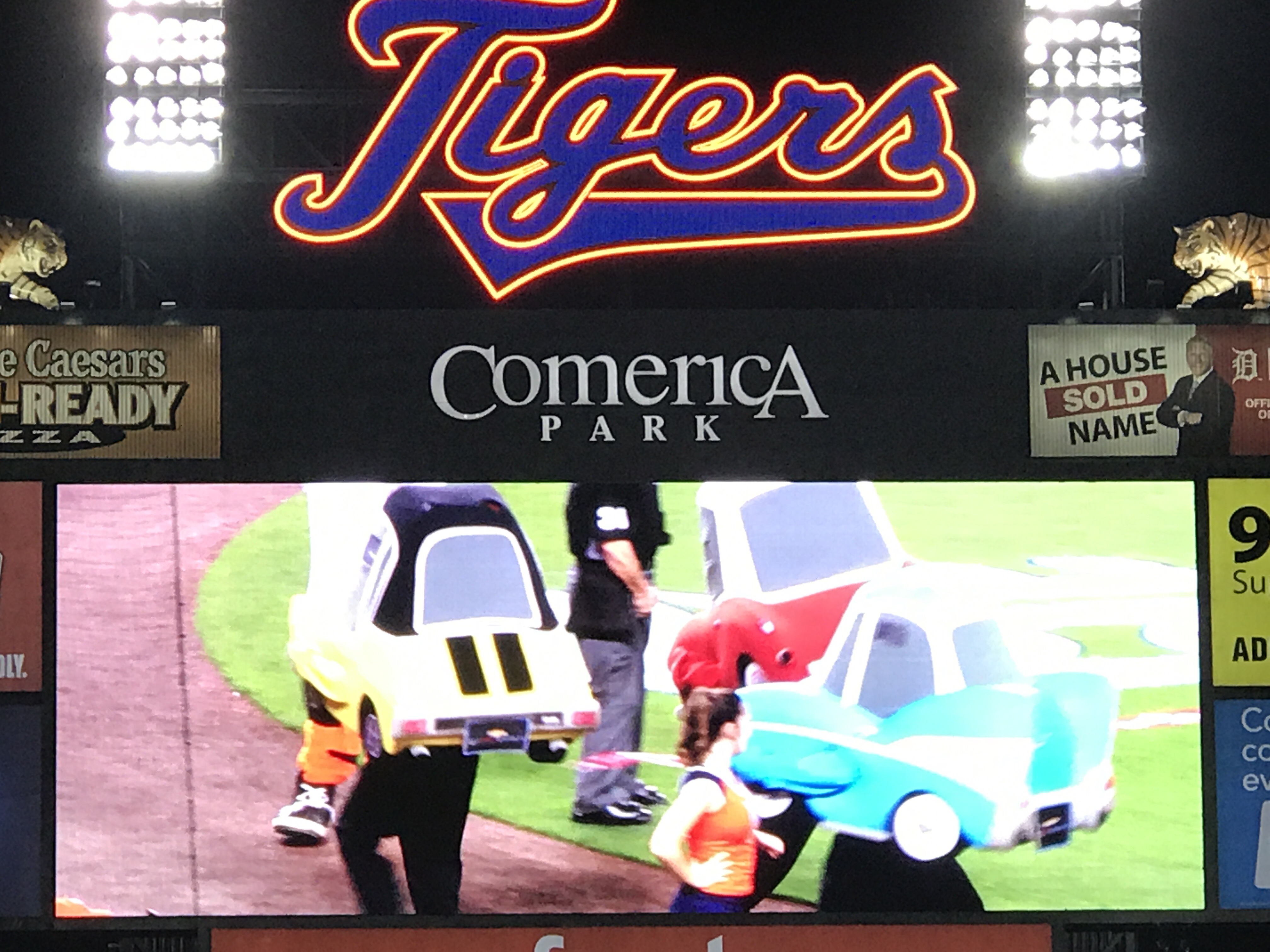 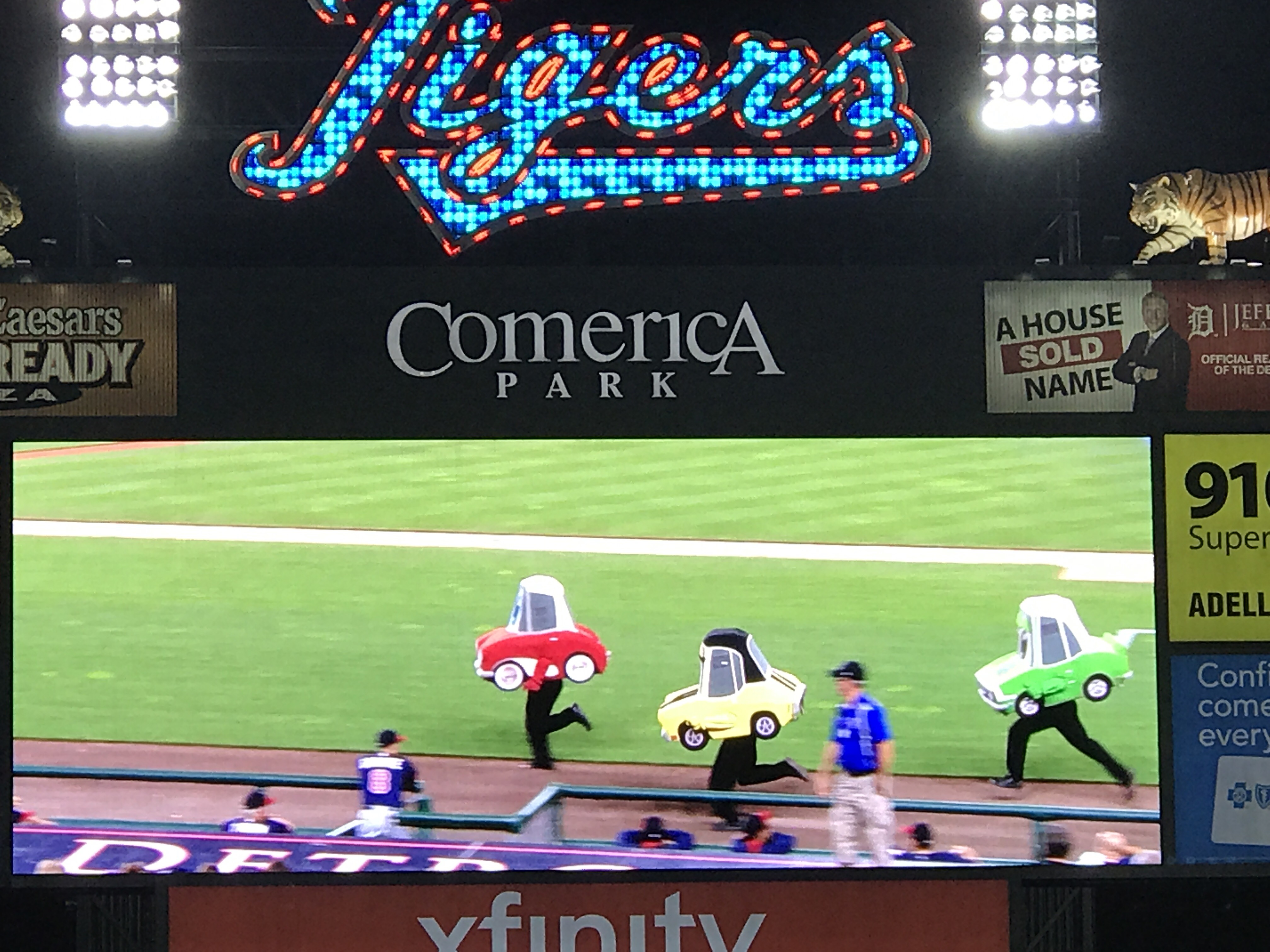 Tigers being the mascot of the local team could be seen peering from every nook and cranny: 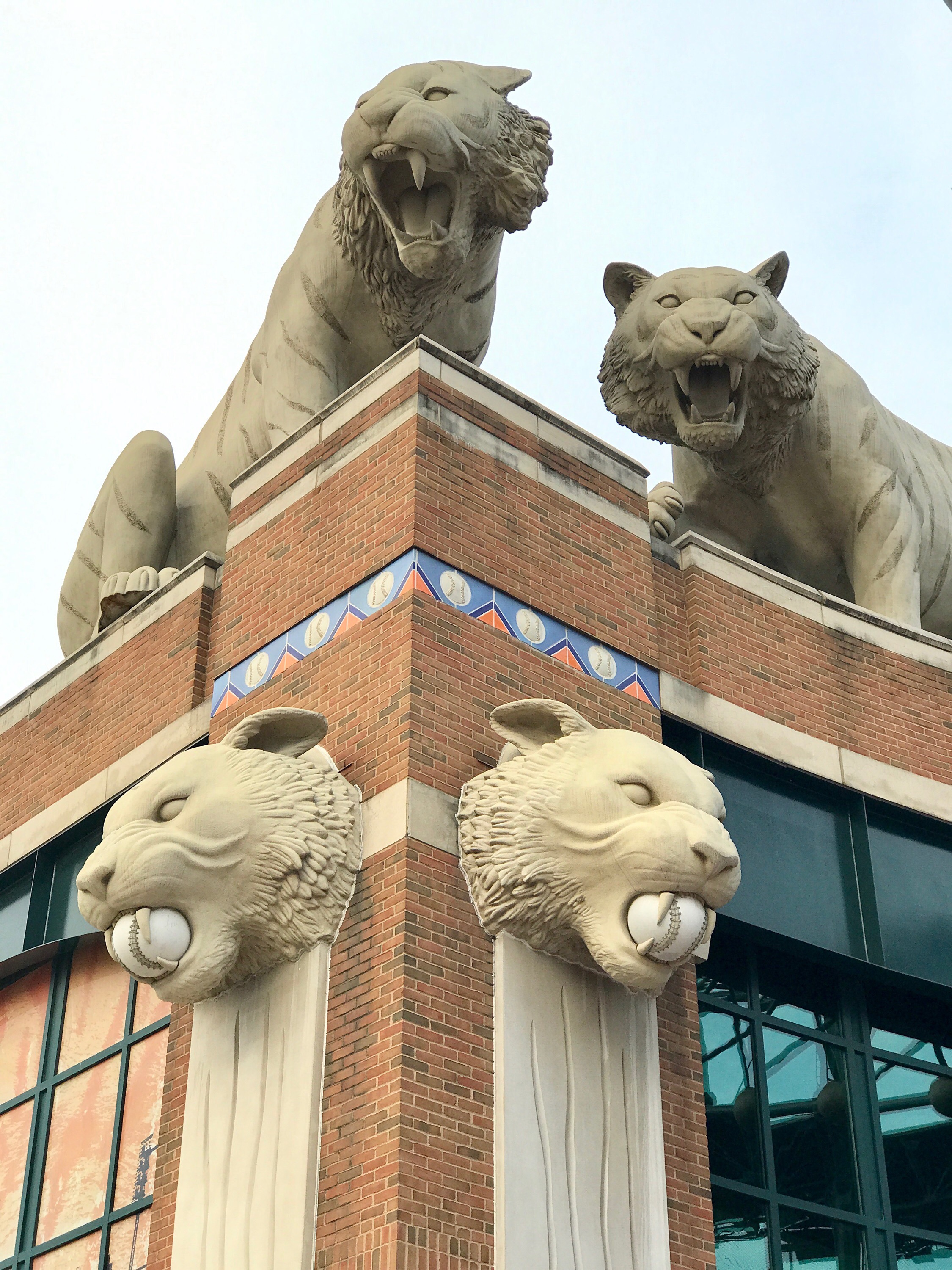 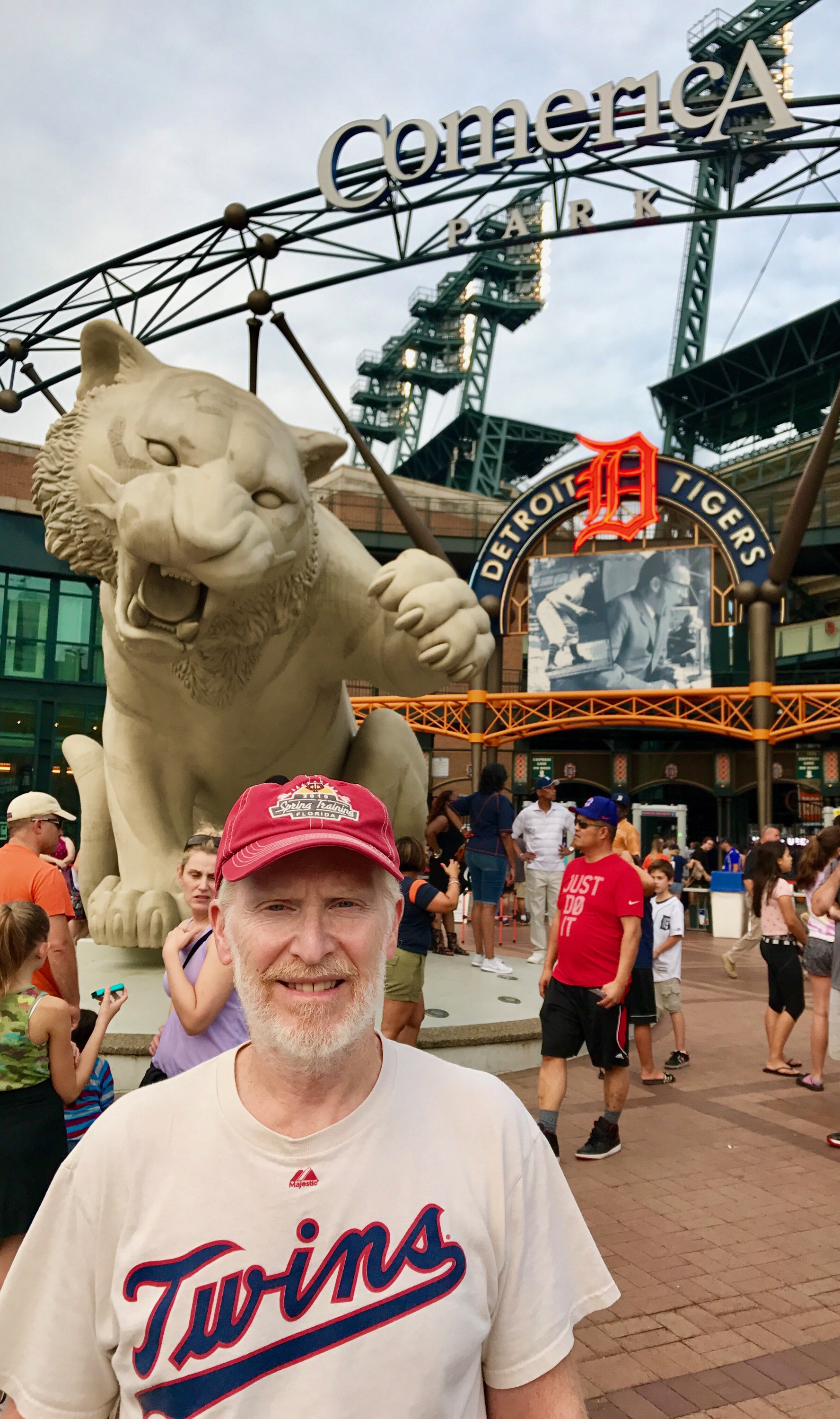 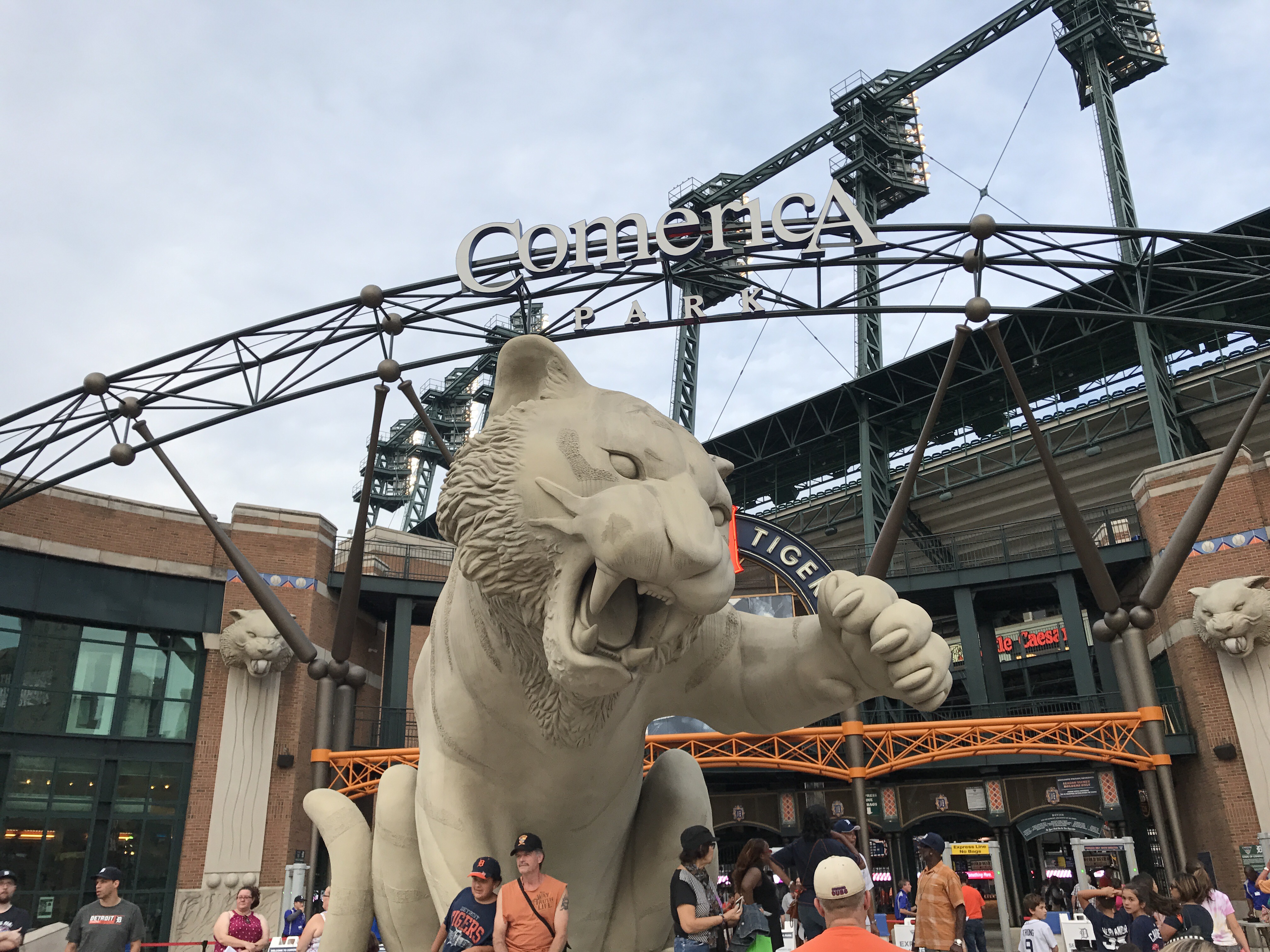 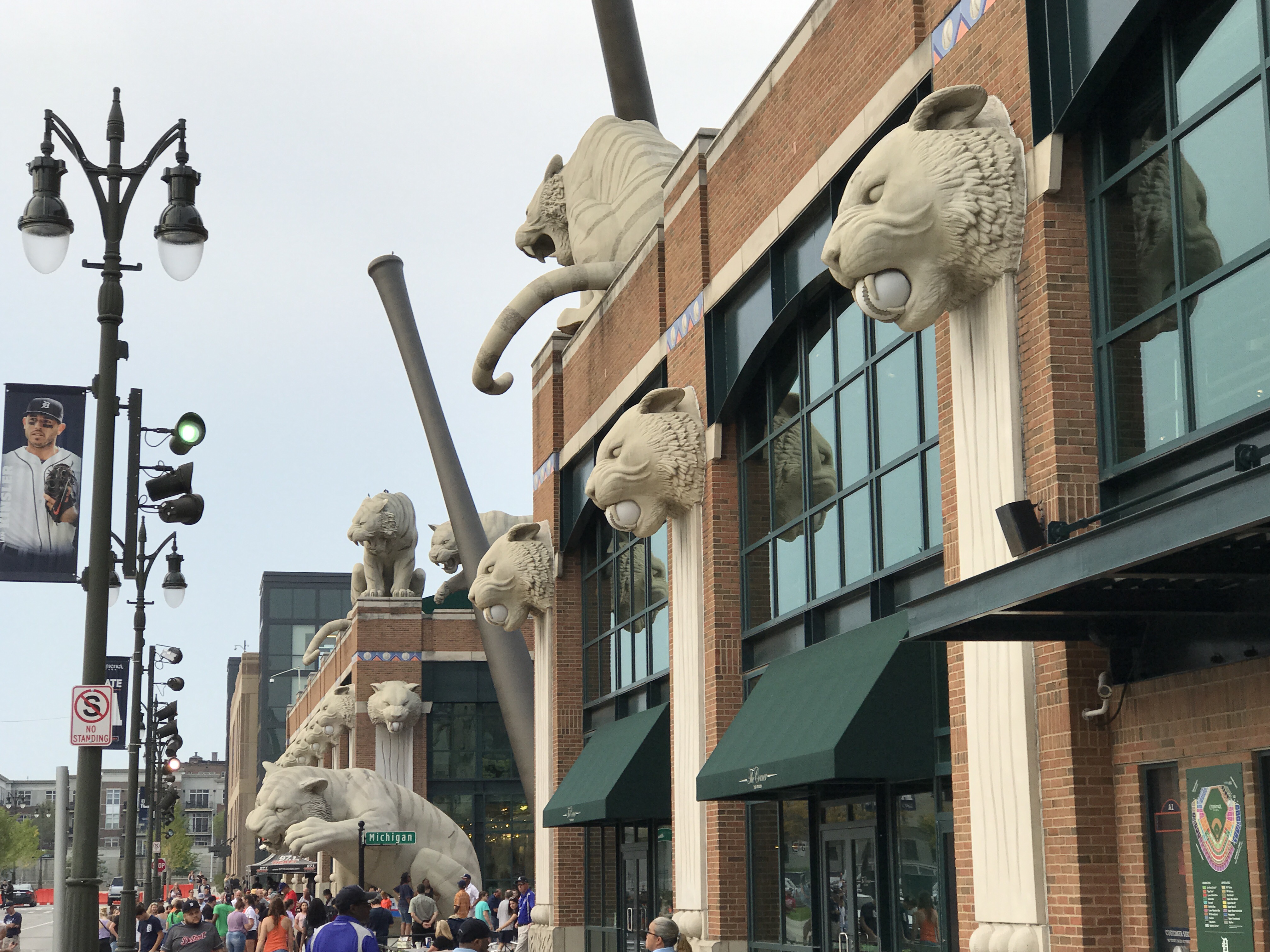 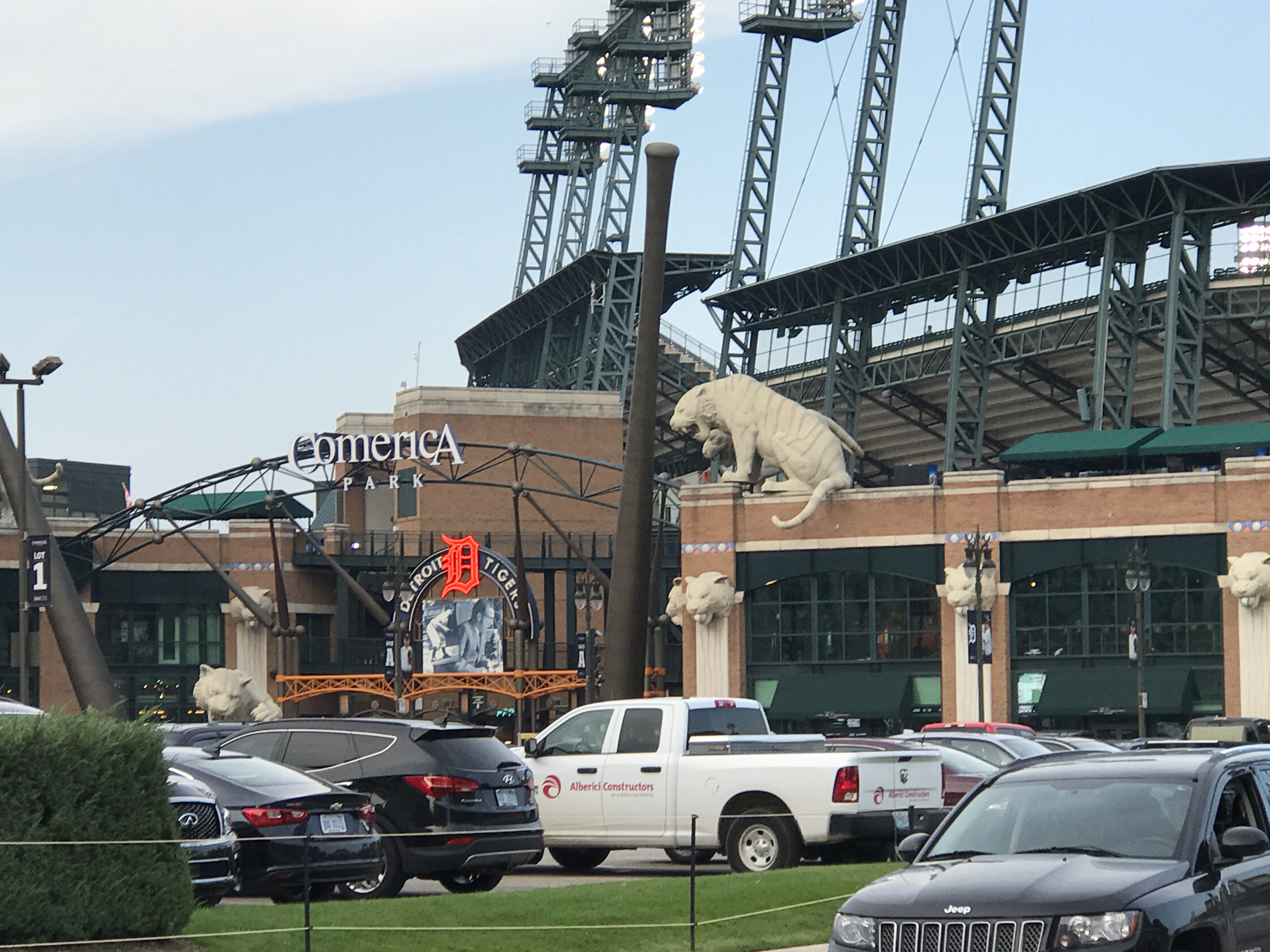 On top of all this a baseball game was played: 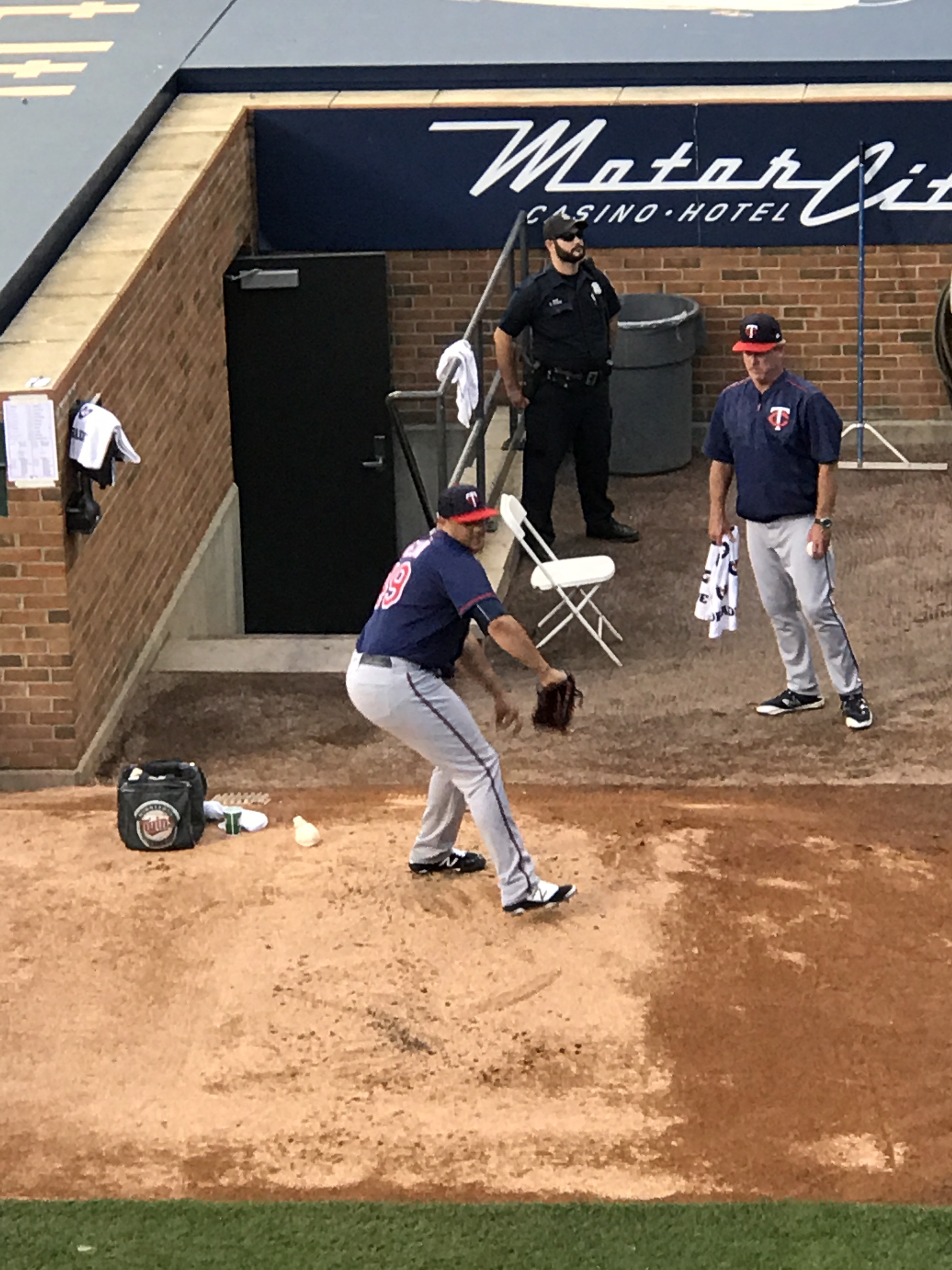 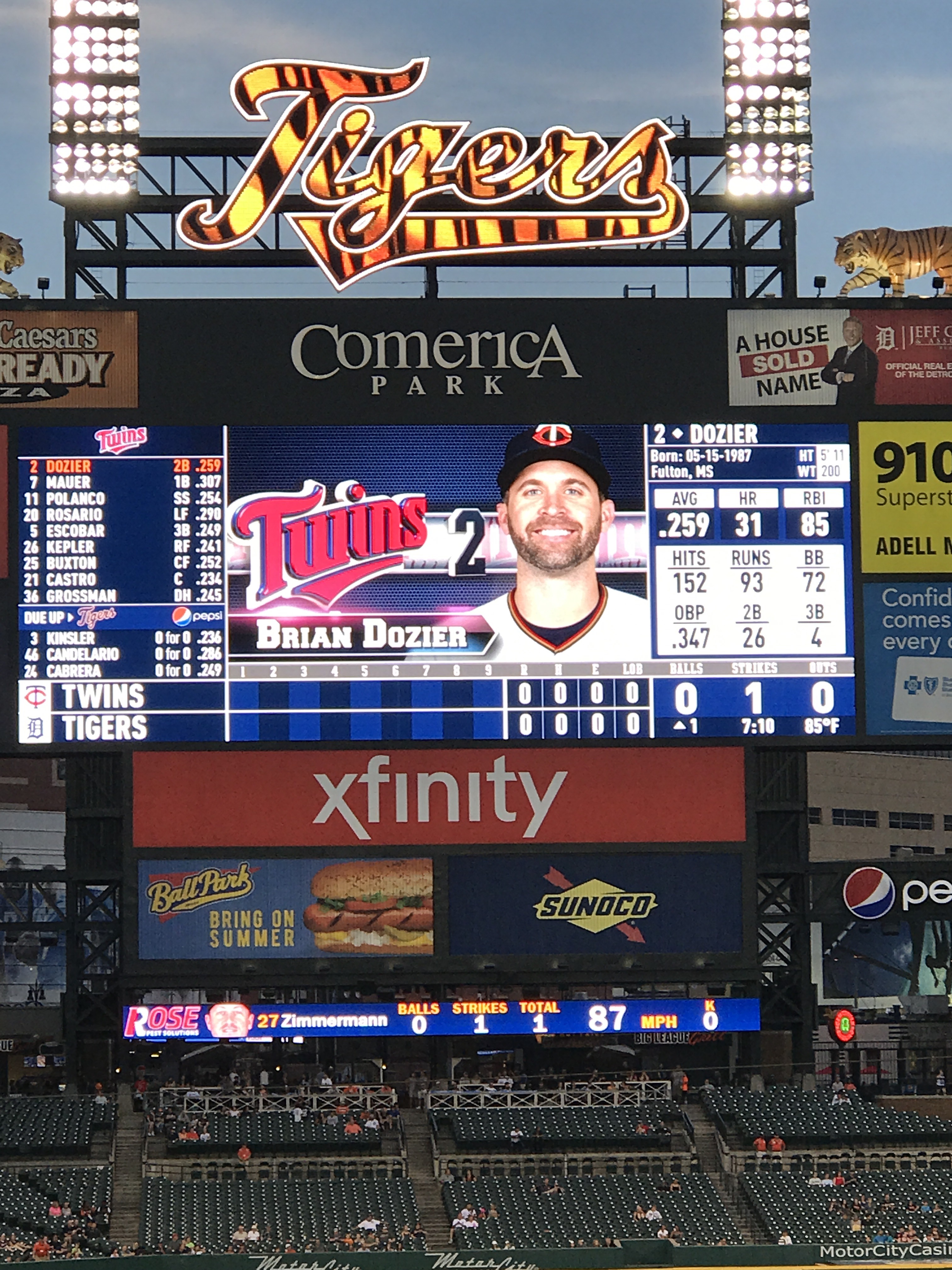 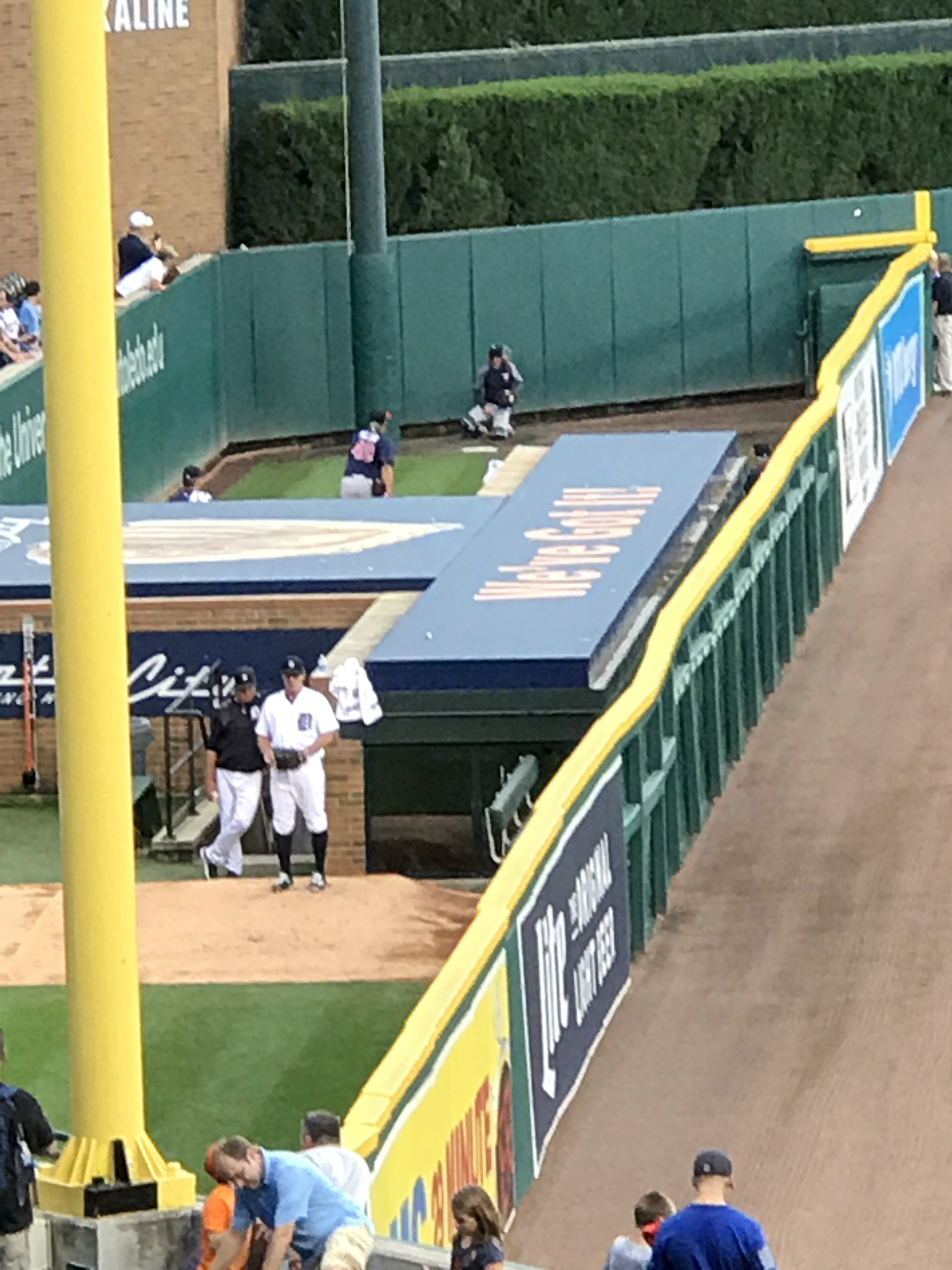 I wore Twins clothing to the park–never got booed or hissed at!

Heck, a friendly Tiger fan (who it turns out was originally from my hometown) took this photo of my travel pal and I: 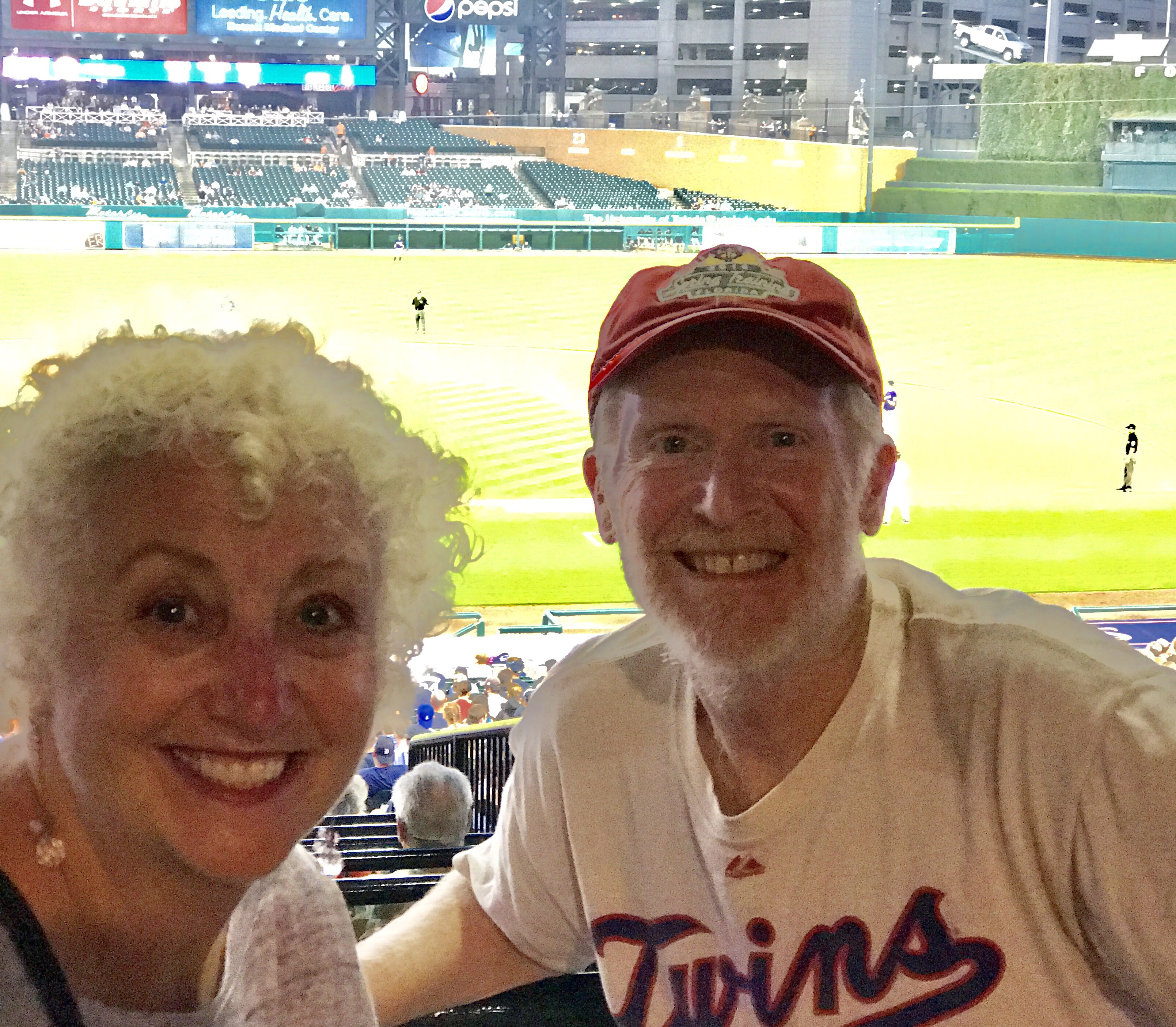 We agreed Coamerica Park is a great place to see a game. Especially when our team wins the game.

I’d be remiss if I didn’t mention that Detroit has a lot to offer any sport or entertainment enthusiast. All the major sports venues are available within walking distance of Coamerica Park: the hockey arena (the Redwings), the football stadium (the Lions) and the basketball arena (the Pistons).

Across the street are was the Fox Theater a long-time entertainment venue:

* This is one of my favorite quotations from a Saturday Night Live skit that occurred on 11/11/1978. It was spoken by Garrett Morris who played Chico Escuela a former all-star Chicago Cub ball player. This can be viewed on YouTube.

1 Response to Baseball been berry berry good to Me!*