At some point I hope to visit every presidential library/museum.  Each is unique to the individual.  Each reflects the attributes of that particular president—this especially true of Franklin Delano Roosevelt or FDR: 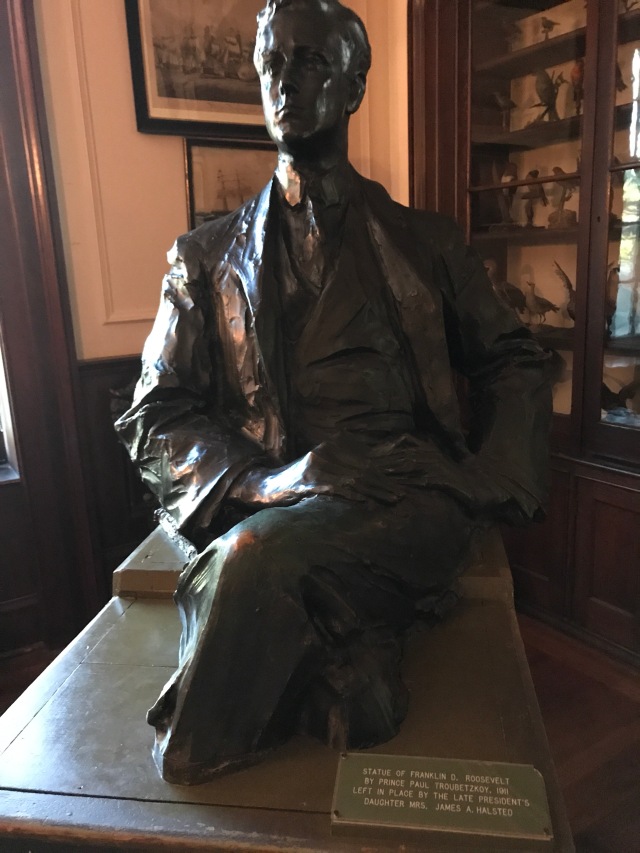 He was a man of firsts:  first president elected with a disability (paralyzed from the waist down due to polio);

he wore these heavy leg braces:

but spent most of his time in a makeshift wheelchair:

first president to be challenge the George Washington model of being elected to two terms (he won four times); and the first to design and build his library and museum while still president (typically done in retirement):

This building bursts at the seams with mementos, exhibits and artifacts covering over 12-years of his presidency.

He was elected to end the Great Depression—by creating the New Deal:

He set the performance standard for all future presidents: 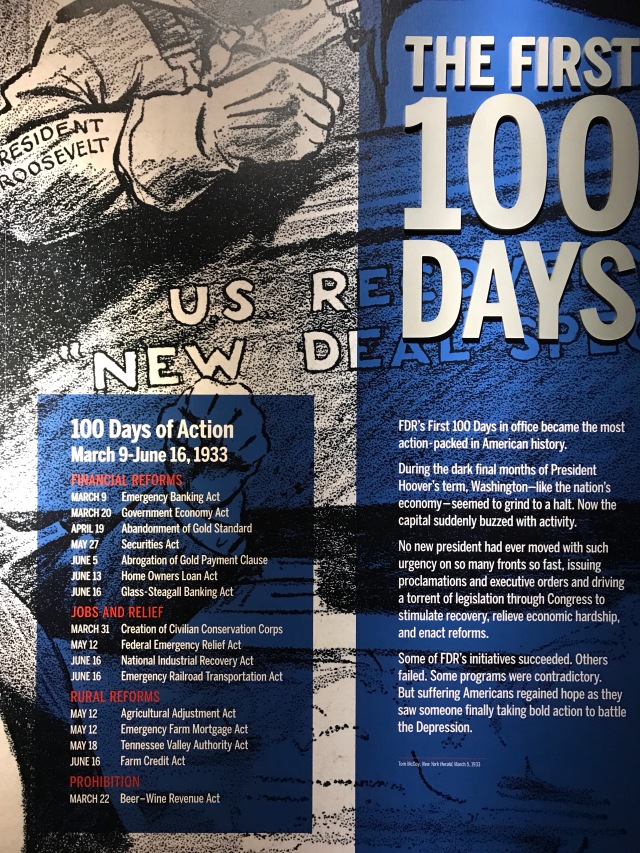 The country was breaking apart—1 in 4 were unemployed.  He created agencies that hired people to build infrastructure and to provide art to the masses: 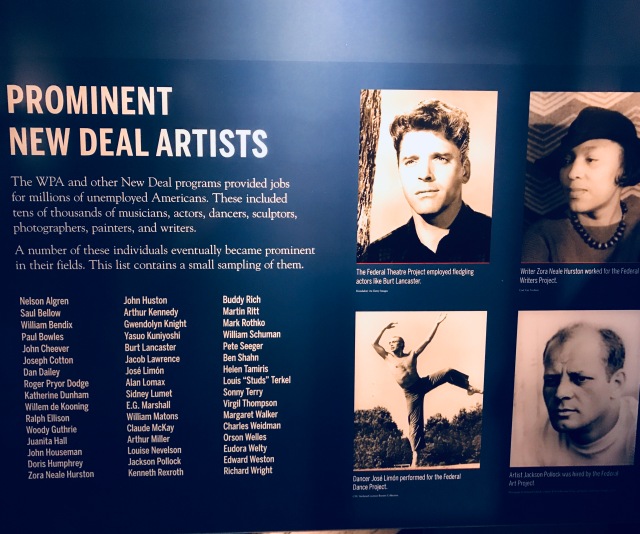 He started the “March of Dimes” to fight polio—eventually Jonas Salk created the vaccine that eliminated the disease:

Rural America had no access to electricity so dams like the Boulder (later Hoover) Dam and he created the Tennessee Valley Authority or TVA: 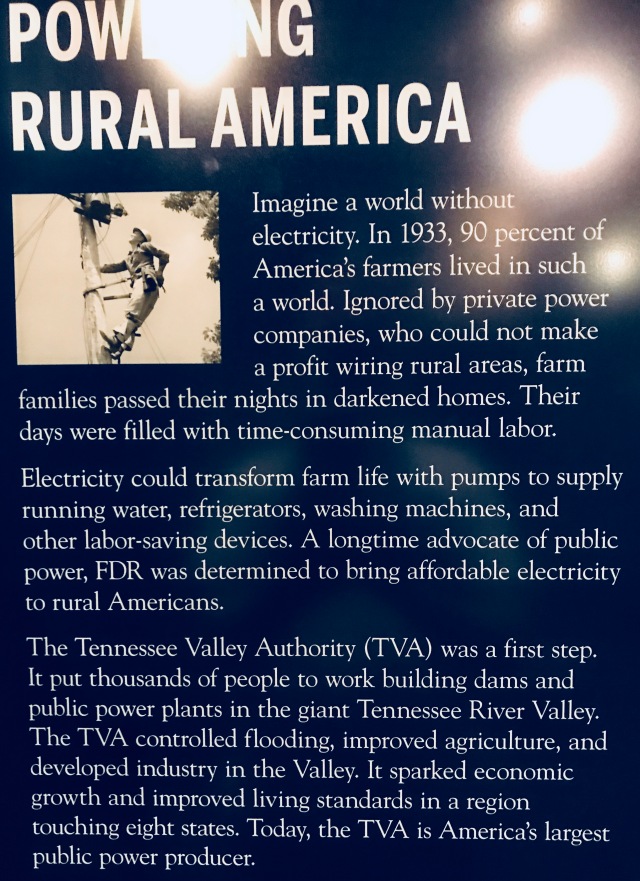 Mortgages were unpaid with land auctioned away.  FDR’s solution was make the federal government responsible:

When he ran for his second term these were his achievements: 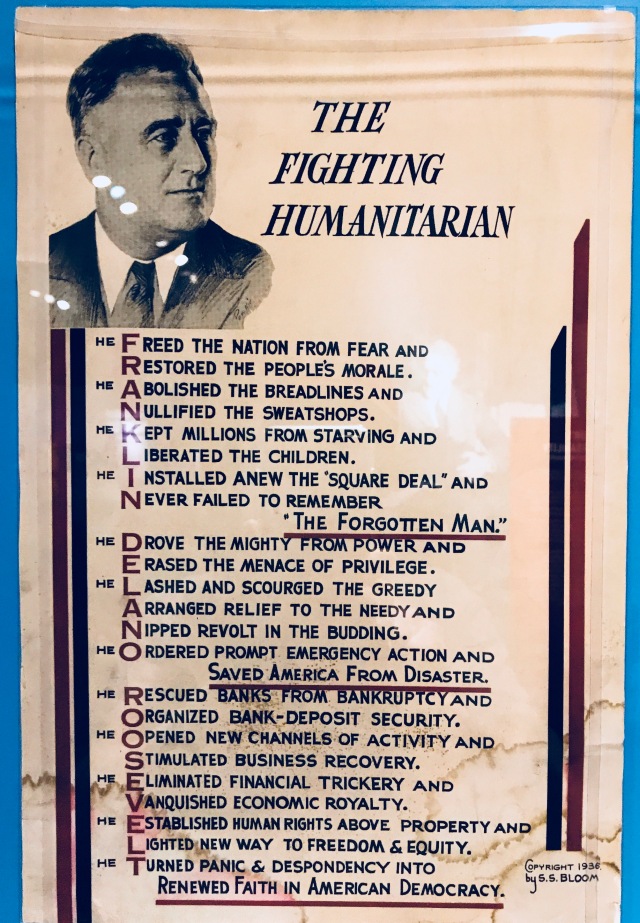 Throughout FDR’s presidency used radio via his Fireside chats to keep Americans in the loop —some of these chats originated at his office here at Hyde Park:

After winning another term FDR focused on reducing the role of government in the daily lives of Americans only to see a recession and unemployment tick-up.

It was fortuitous that WWII was staring in Europe in the 1930’s.  He knew we’d eventually have to fight Hitler.  Be 1942 we were at war with Japan and Germany and he broke the mold by running for president again—and he won again; 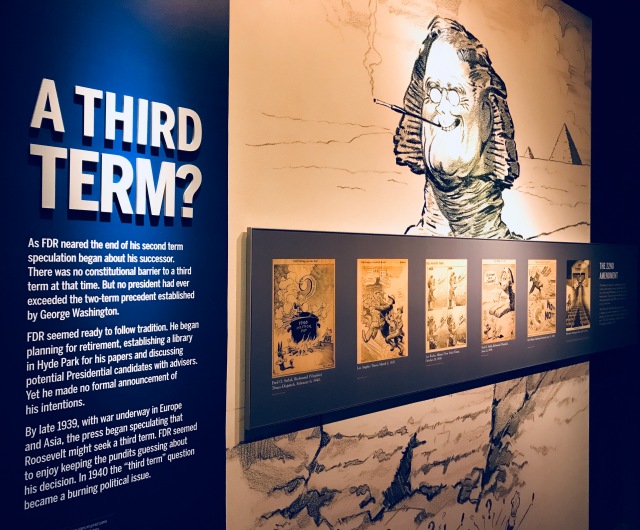 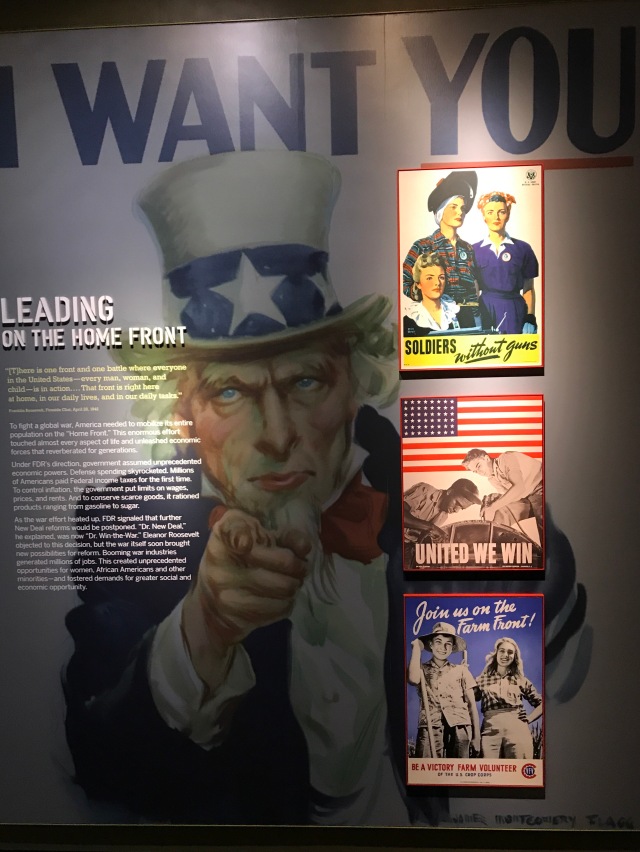 The museum contains a lot of exhibits about the war.

* Stay tuned for the remainder of the story as shared by the FDR Museum and the answer to who is Fala.