The Ozarks and More

For 40-years I’ve heard about my companion’s Ozark based family. So today was a special day — a combo platter– family and Route 66 memorabilia. Wow!

This is John, Gail and Cherie:

We had a wonderful visit that included seeing their farm. (About 30 miles from Branson) Hopefully someday we can return the favor.

Later back in Springfield we found the “Arabesque” style “Shrine Mosque Theater”– built in 1923. When built it was named the “Abou Ben Adhem (May his tribe increase!) Shrine Mosque. At the time it was said to have the largest auditorium west of the Mississippi River — capable of holding 4,750 patrons. The building was constructed at s cost of $600,000 with red brick, terracotta polychrome turrets and two stain glass windows: 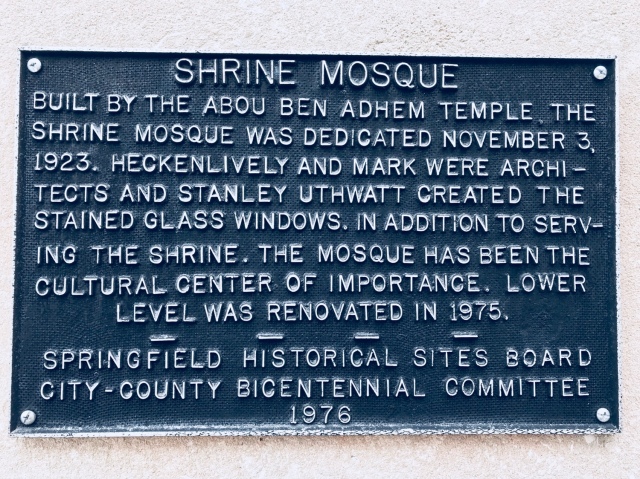 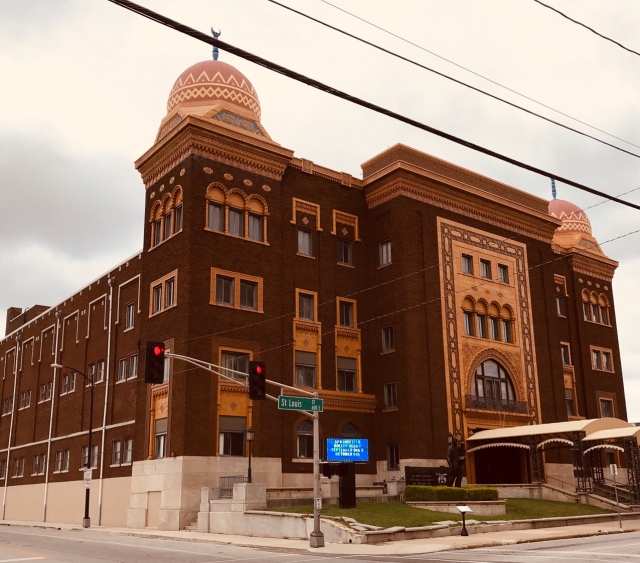 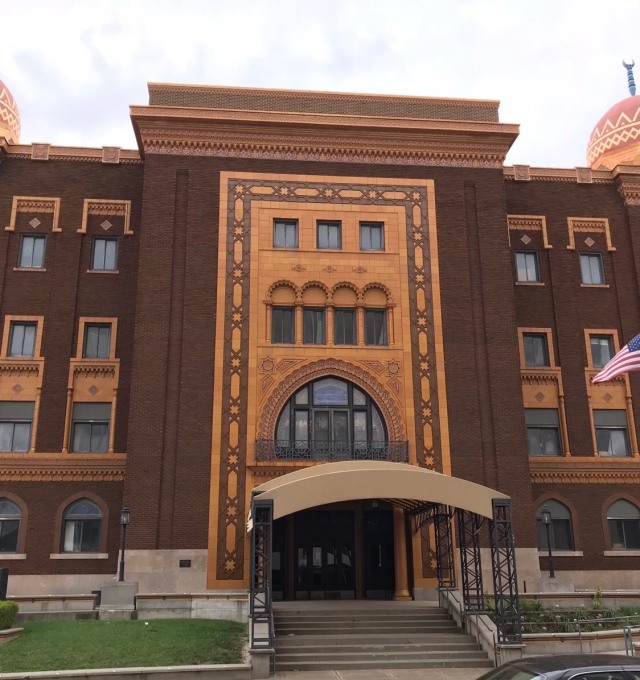 It’s the houses the local Shriner chapter too.

A short distance away we found the wonderfully restored “Route 66 Rail Haven” motel (still active as a Best Western franchise) — reasonably priced at $80 to $120.00 per night:

However, the most interesting thing about Springfield (for me) is that Wild Bill Hickok shot and killed Dave Tutt there simply because Tutt wore a watch he’d won from Hickok.

It seems the watch held sentimental value for Hickok. This caused him to challenge Tutt to a gunfight or duel. Tutt fired first and missed. Hickok shot him in the heart and he died soon after.

Hickok was arrested, tried and acquitted. The jury felt it had been a fair fight. It was the first recorded gunfight or so folks believe. No matter, it surely added fuel to the lore of the Wild West!

Soon thereafter we left on I-44 for Carthage. Traveling in Missouri on Sunday plays havoc with touring. Upon reaching Carthage everything, and I mean everything, but a few antique stores were closed for the day.

Still we were able to take photos. This building was particular favorite of mine. The Jasper County Courthouse built in 1895 was constructed of ornate limestone: 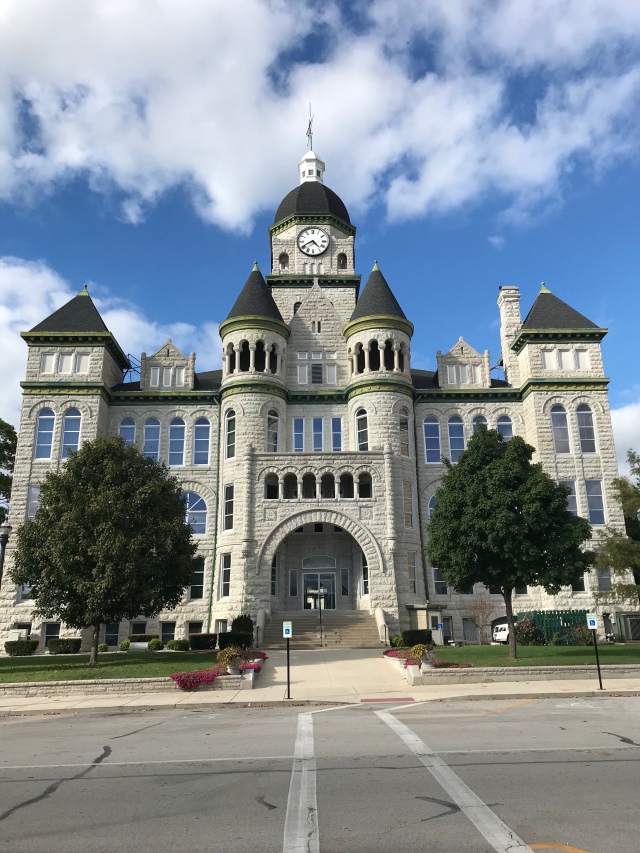 I understand that on Thursday ccand Friday a open-caged elevator is operated by a local lady.

Walking around the town square showed off the Carthage Deli — a 1950’s style soda fountain: 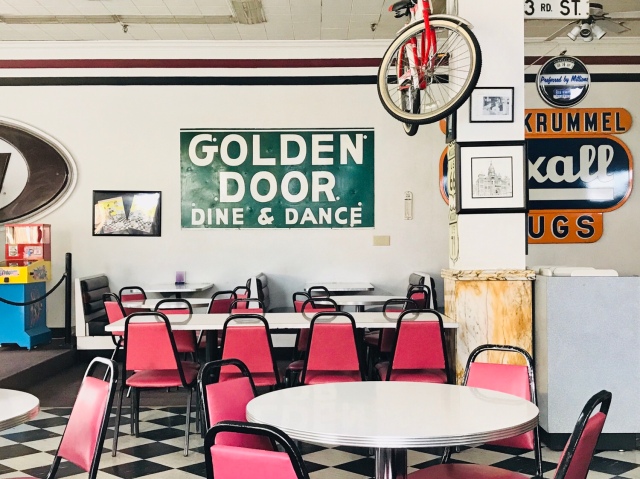 Later, I took this photo of the Star Lanes–a bowling alley: 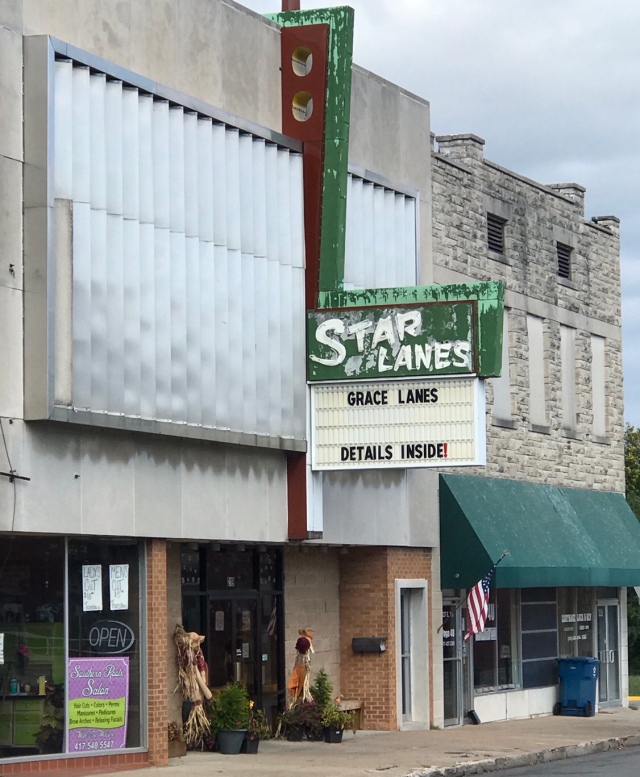 And last, but not least I stumbled upon the “Boots Court Motel” while heading to Joplin:

Partially restored in 2012 only a handful of rooms are currently being used for lodging–it’s also a Route 66 visitor center. In the future the entire place may once again host tired travelers.

Tomorrow we visit Joplin, MO and then head Kansas — at 13.2 miles it will be our shortest time in any of the eight states that touch Route 66.