Lunch at the homey Hammett House in Claremore was grand: 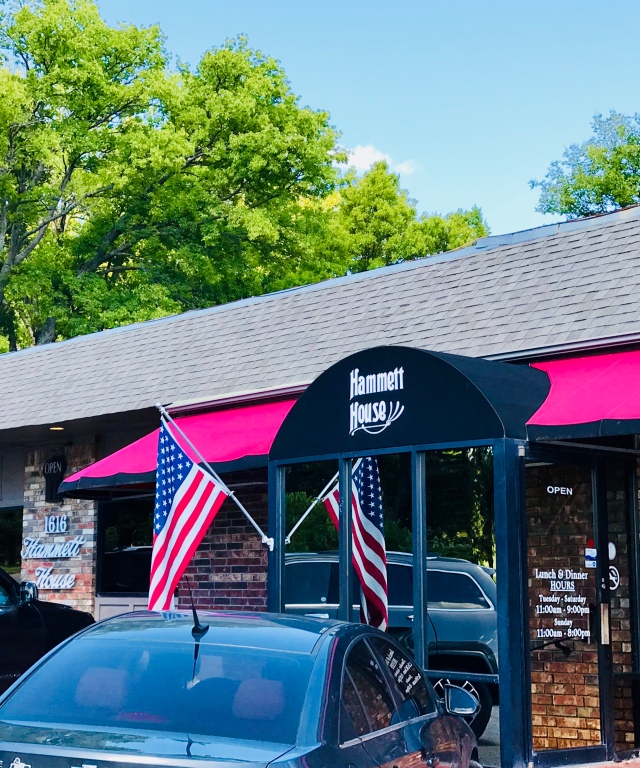 The locals love the place and now so do we — too much food. We couldn’t eat dessert: 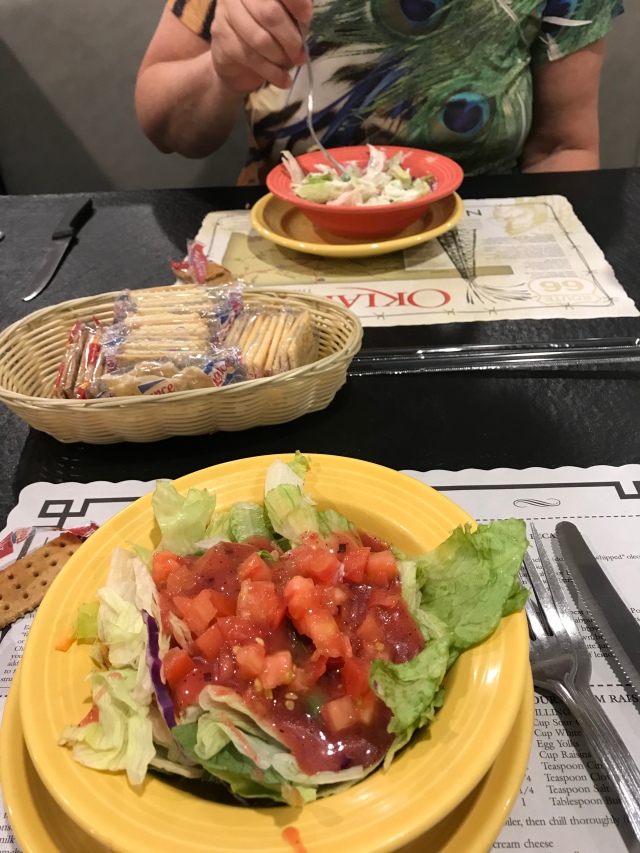 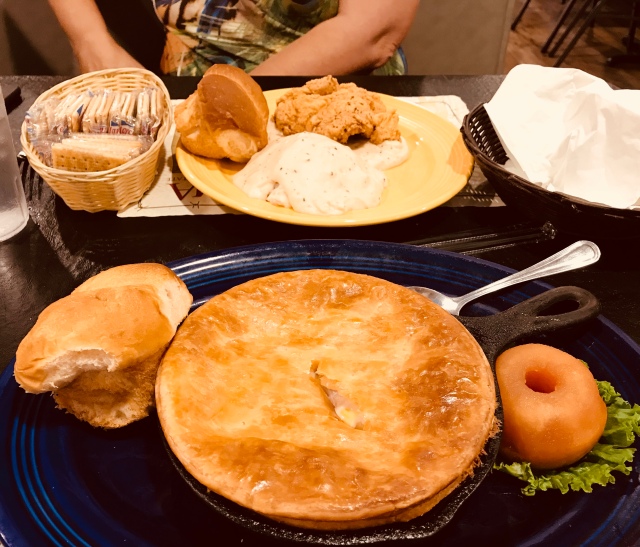 Because the meal proved too filling. We started with salads and then diner on fried chicken and chicken pot pie. Aside from my housemate’s divine crust the pot pie had the best crust I’d ever eaten! The apple on the side was a nice touch — I didn’t finish the meal.

From Hammett’s we drove to Catoosa to see the infamous blue whale and its surroundings: 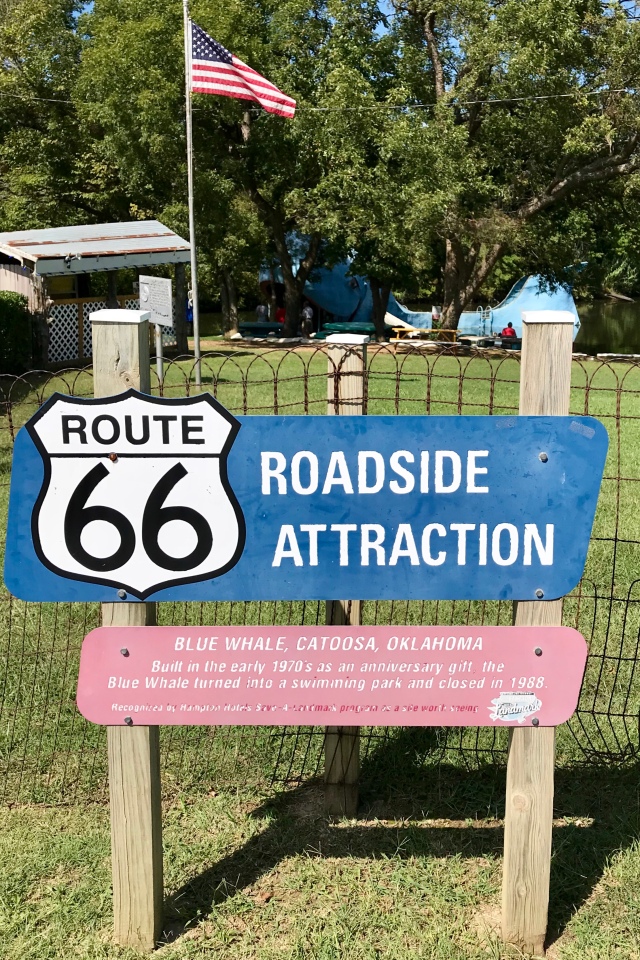 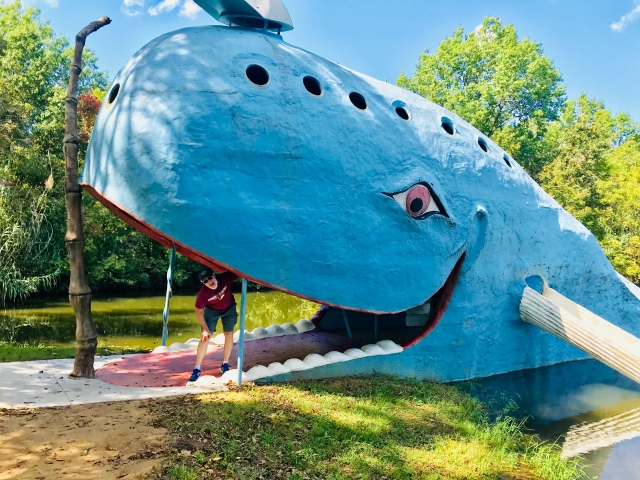 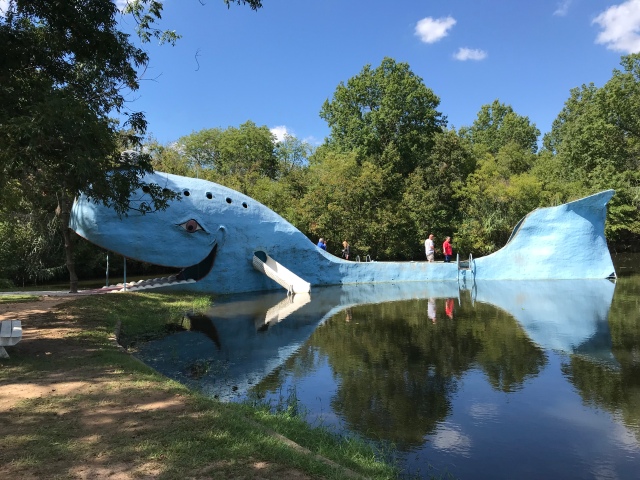 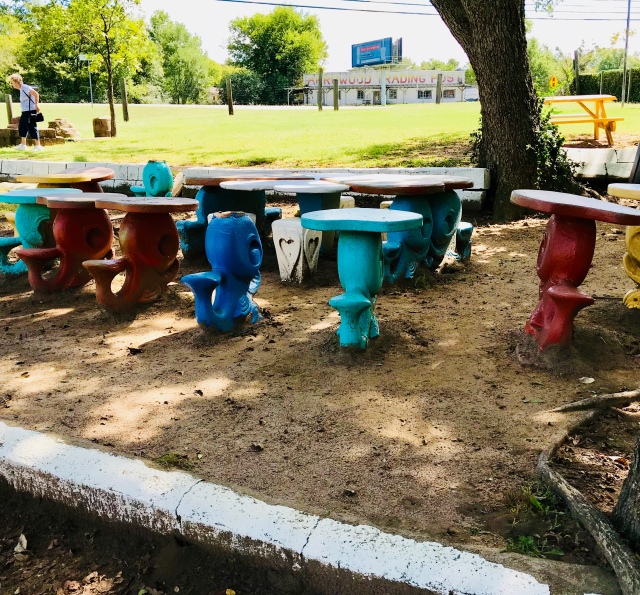 Swimmers slid down the flippers (slides). No longer in use it now serves as a local landmark.

From here it was a hop, skip and a jump to Tulsa. There we found the “Rancho Grande” a longtime Mexican restaurant: 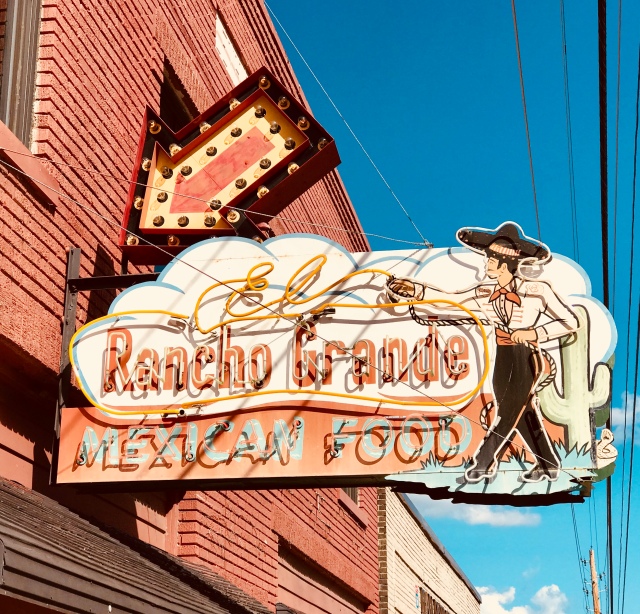 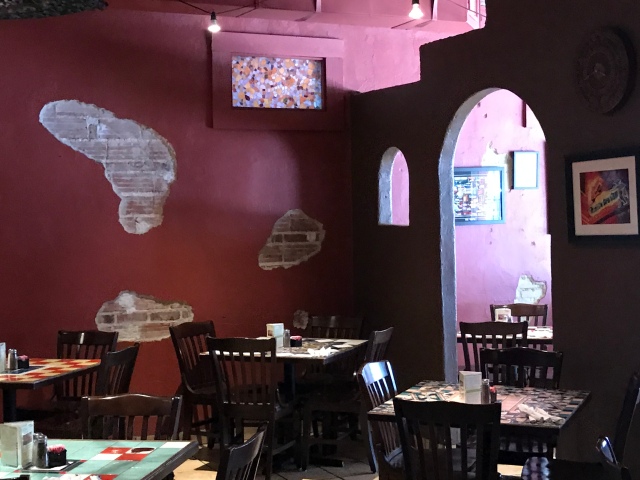 Just a few blocks from there were two other landmarks — both still in use today:

The Atlas is a hotel and grill: 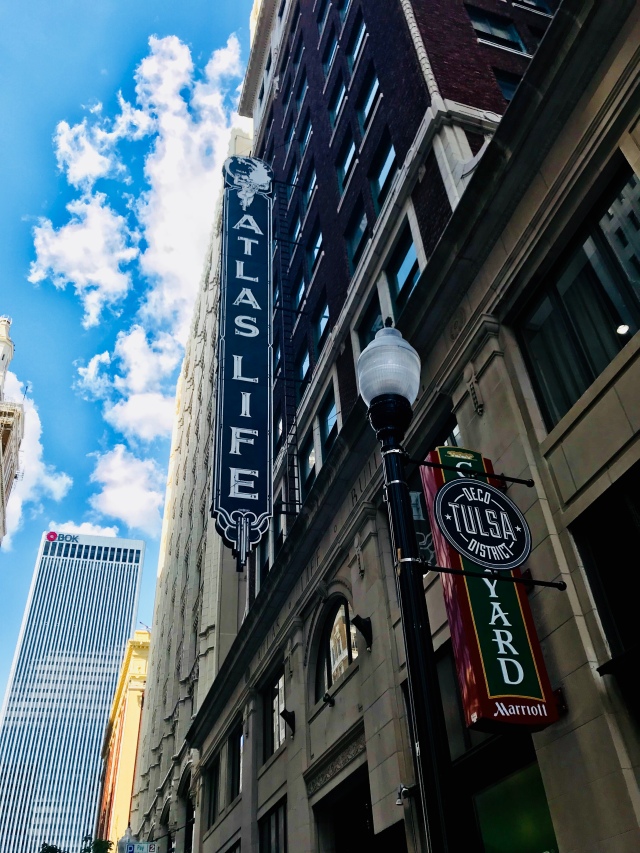 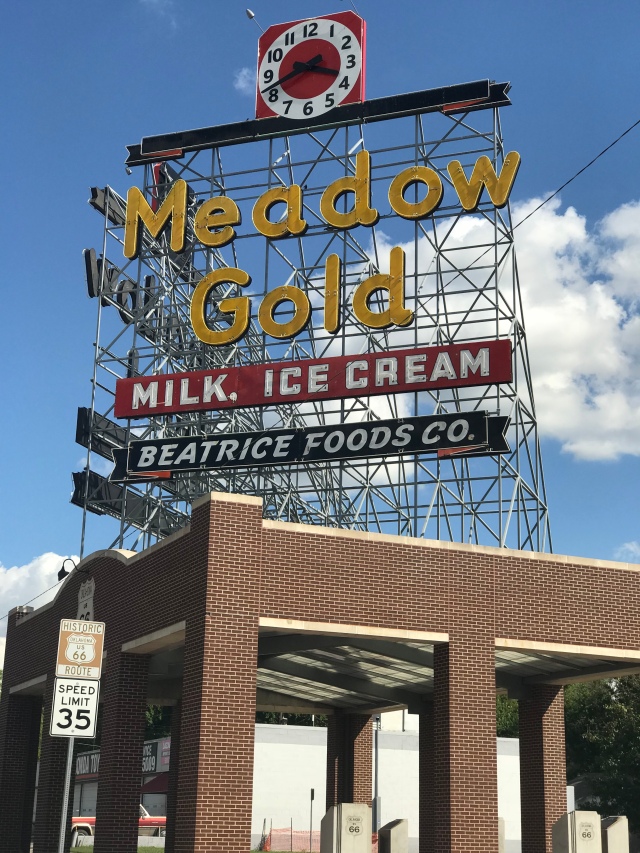 While driving to another part of Tulsa we found this restored Art Deco building: 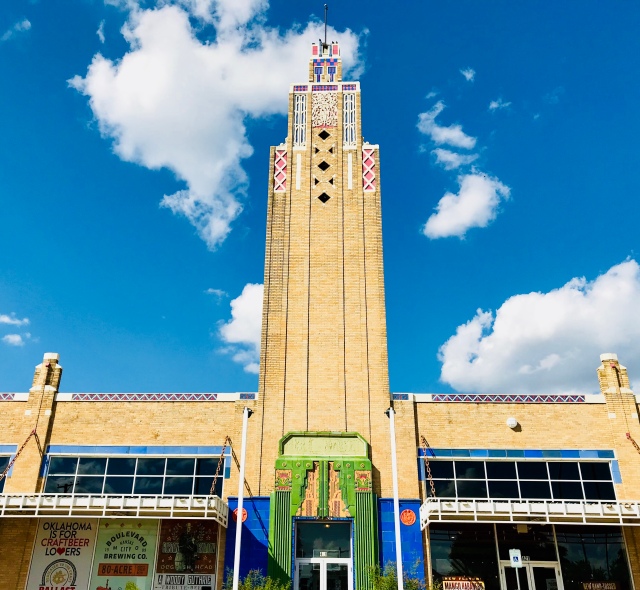 On the outside was a poster of Woody Guthrie — Oklahoma’s other favorite son: 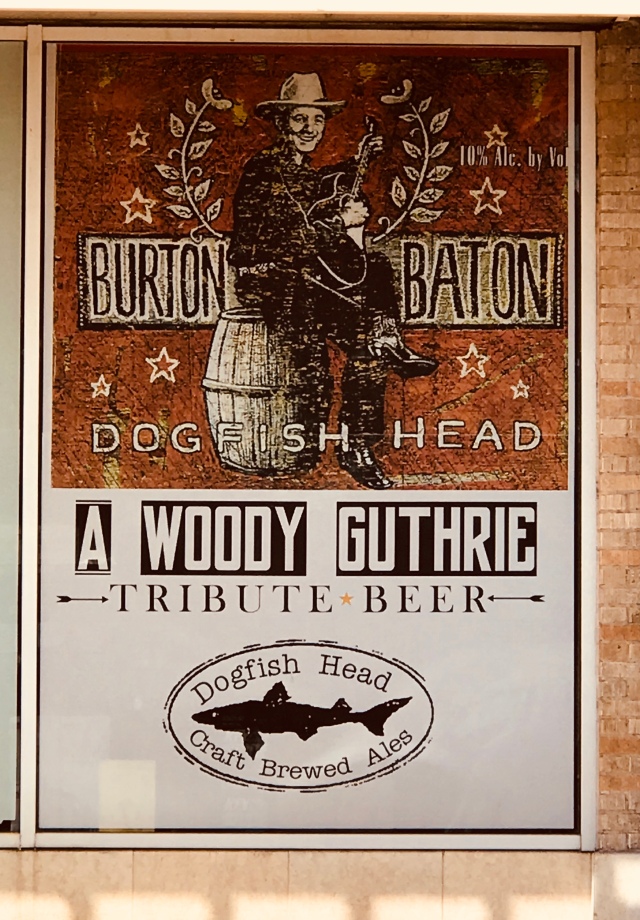 Later we saw this large mural as we drove out of downtown Tulsa: 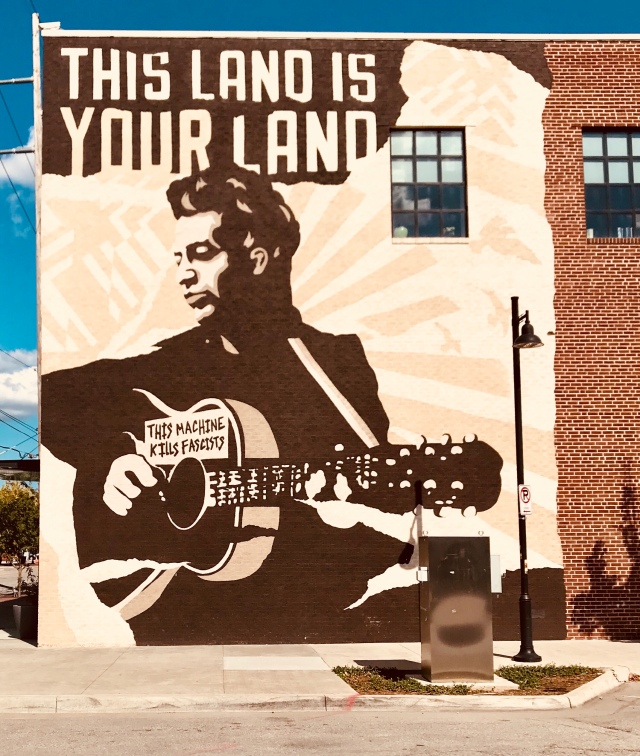 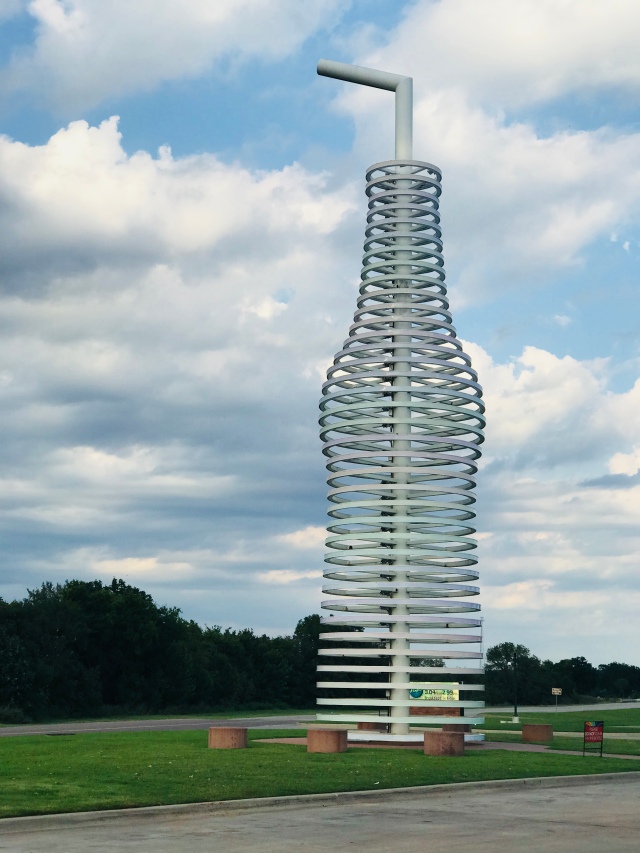 Then we trooped into the adjacent soda pop store — the flavors ranked from my childhood favorites — like Orange Crush to — notable flavors from today like IBC Root Beer: 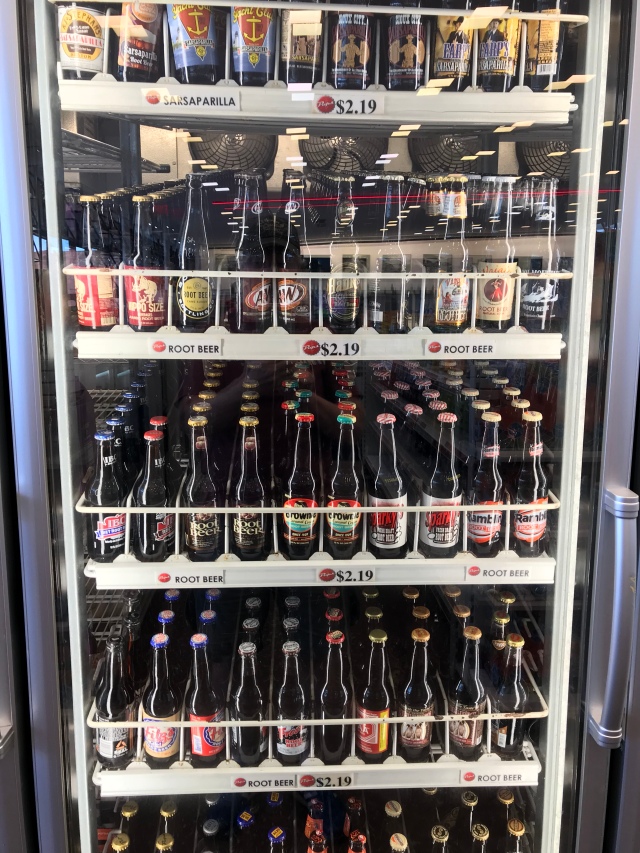 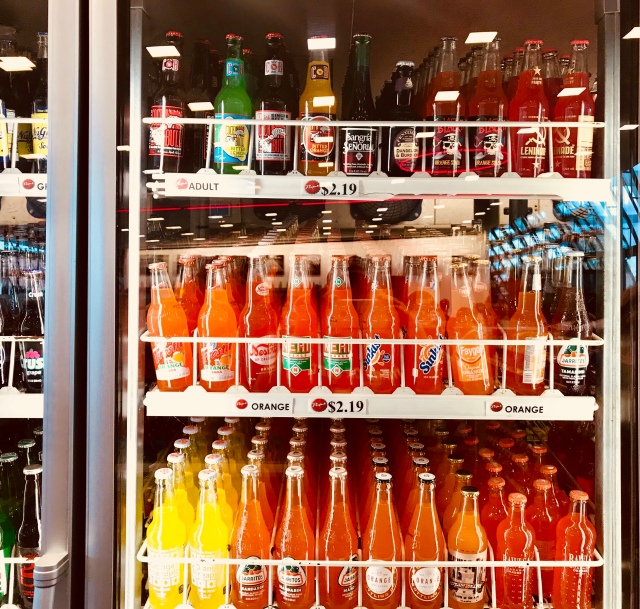 The other notable attraction in Arcadia is the Round Barn: 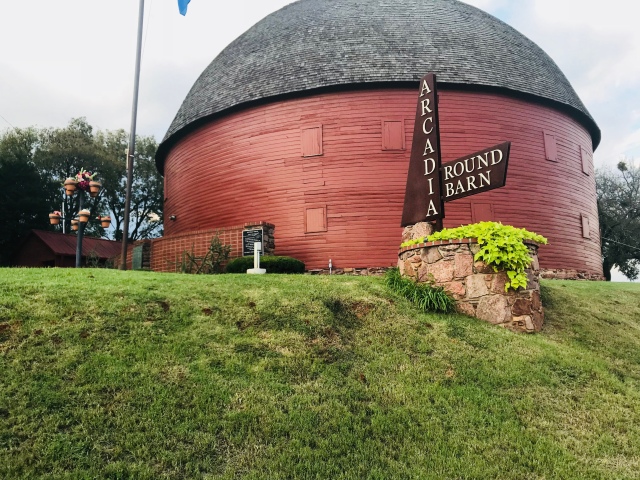 Along the way to Oklahoma City we passed through Edmond, a town with some unfortunate history — Wily Post — who died with Will Rodgers is buried there. Adding s truly gruesome touch Edmond is also where a postal worker killed 14 co-workers in 1986; inspiring the term “going postal”. We scurried out of town before anything happen to us!

Oklahoma City has decimated most of its Route 66 past. However, we did find this: 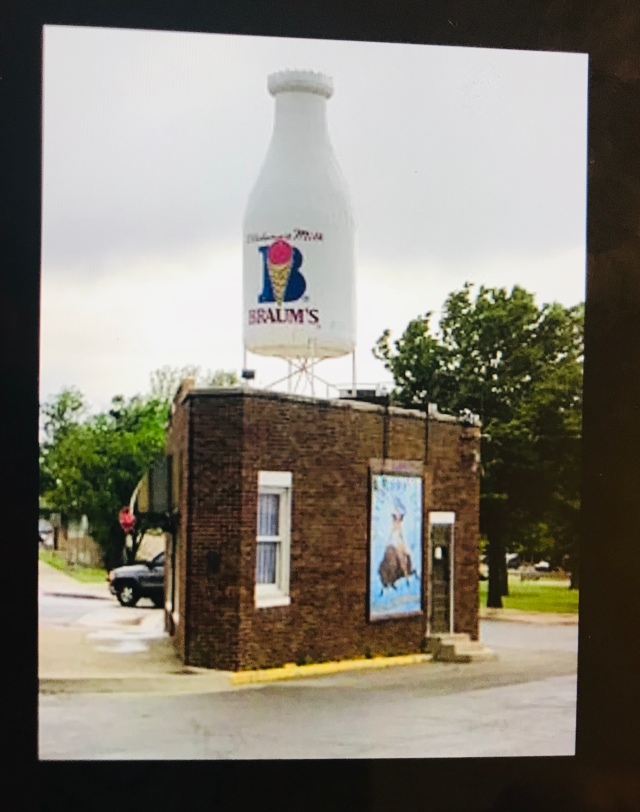 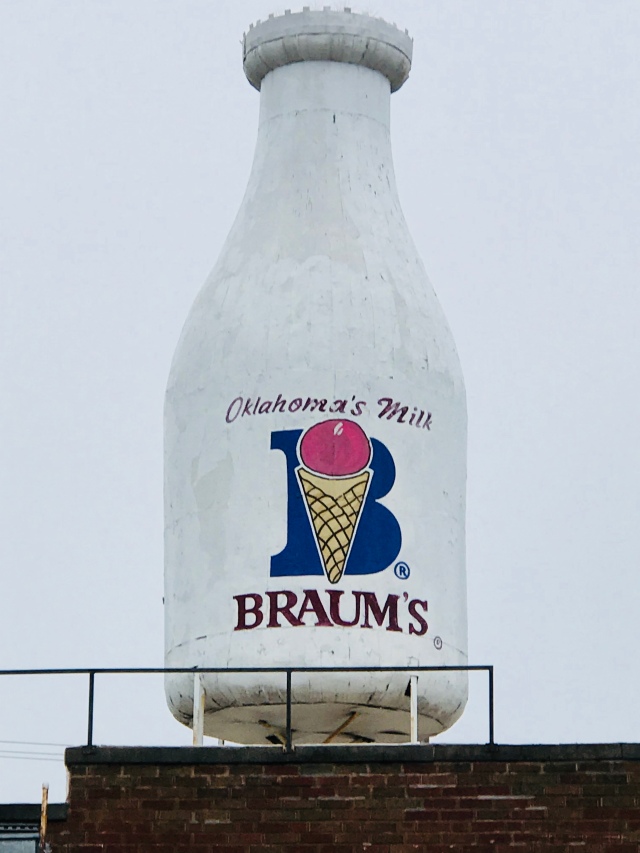 The bottle sits atop a brick edifice that once housed a grocery store built in 1930 — the bottle was added in 1948.

Later in the town of El Reno we saw this on the side of a building — it brought back some warm memories: 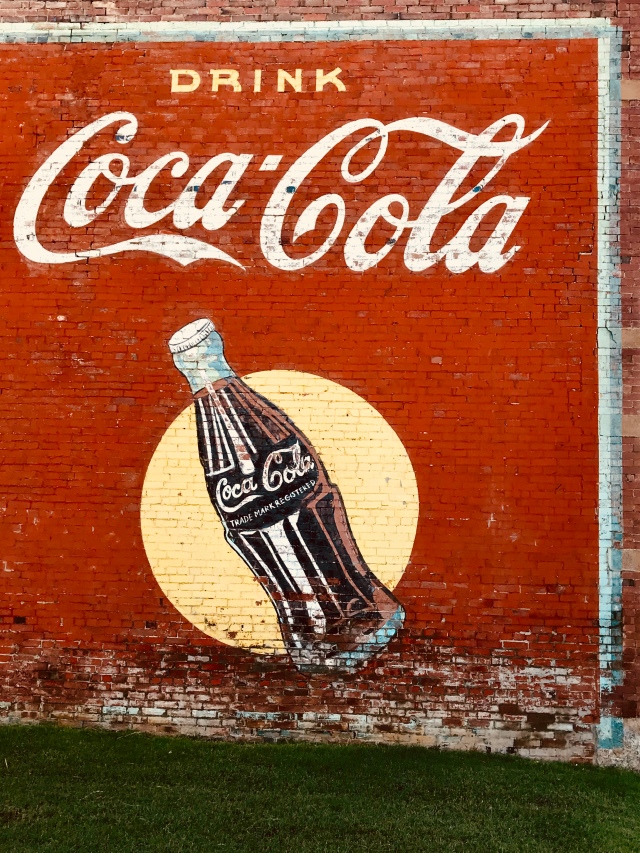 El Reno deserves a mention because it was a POW camp during WW II – it was originally intended for Japanese prisoners. The combat in North Africa led to it housing German and Italian POWS.

Also a segment of “Rain Man” was filmed there.

After El Reno came the hamlet called Hydro. There one can see a former “road house” called Lucille’s: 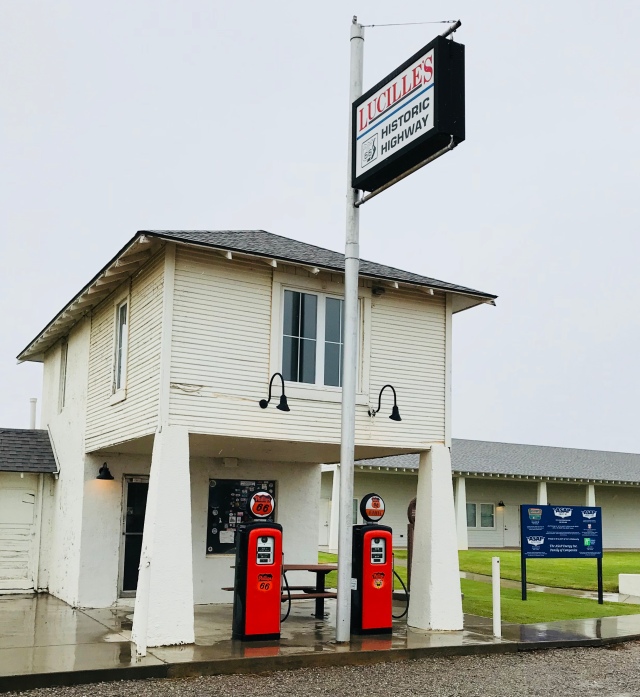 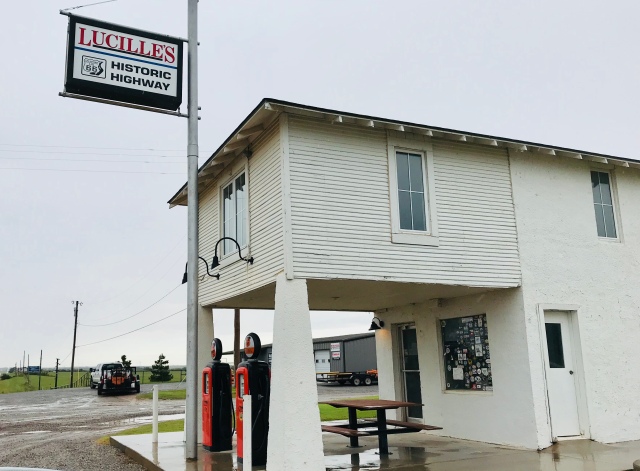 it’s now a tourist oriented gift shop — as are many if the sites we’ve visited so far. This stretch of roadway is named after Will Rodgers: 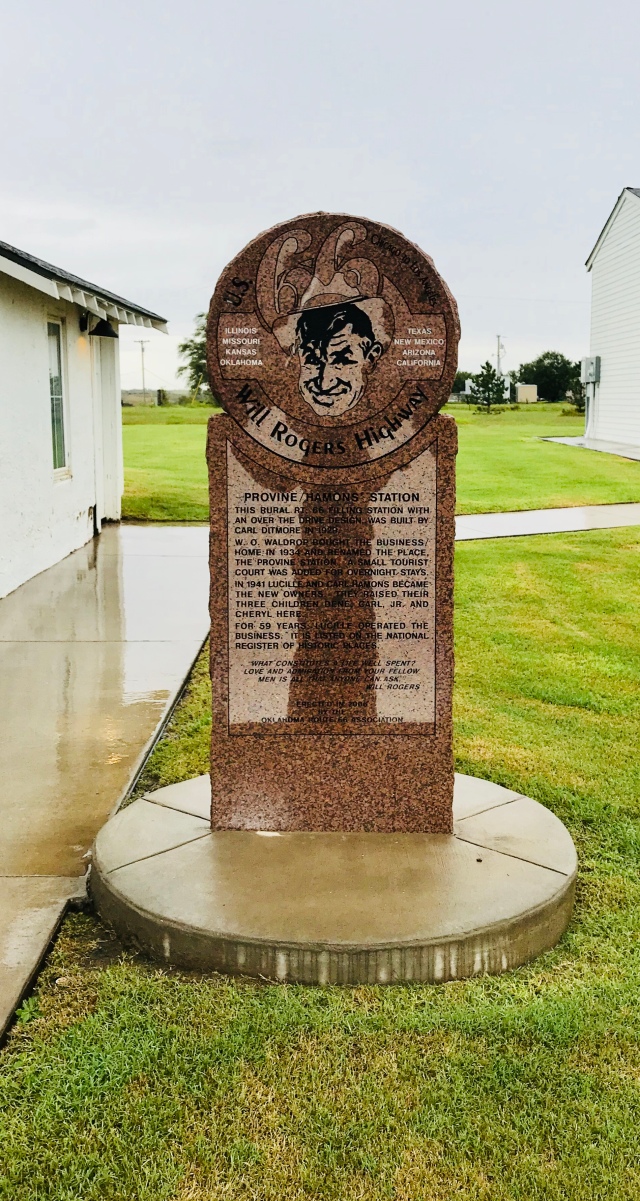 From here we were off to Clinton, OK, where we spent time viewing exhibits in the Oklahoma Route 66 Museum.

More on that tomorrow!