Sadness comes with the Territory

Prague was more than I recall–the city has really changed in the past 10-years. Taking a free tour of the city was certainly the right way to start.

Kenny is an American ex-patriot who is from Denver. He’s lived in Europe for seven years. He gives tours by day and teaches English at night. Boy, was he a ball of fire — his energy was palpable:

Seeing Prague again was eye-opening. More people than ever — many were on holiday:

First, we elected to go to the Jewish Quarter. Visits to four synagogues provides the more or less complete story of the Jewish community since the 10th century. The experience included the story of death and how the Jewish faith handles it. Also the story of the 16th century wealth created in large part by Mordecai Maisel.

Interestingly, another synagogue is the entry to a very old Jewish cemetery — this dates from 15th through the 18th century. There are over 17,000 graves in this small cemetery that are buried in 12 layers of dirt brought in over time: 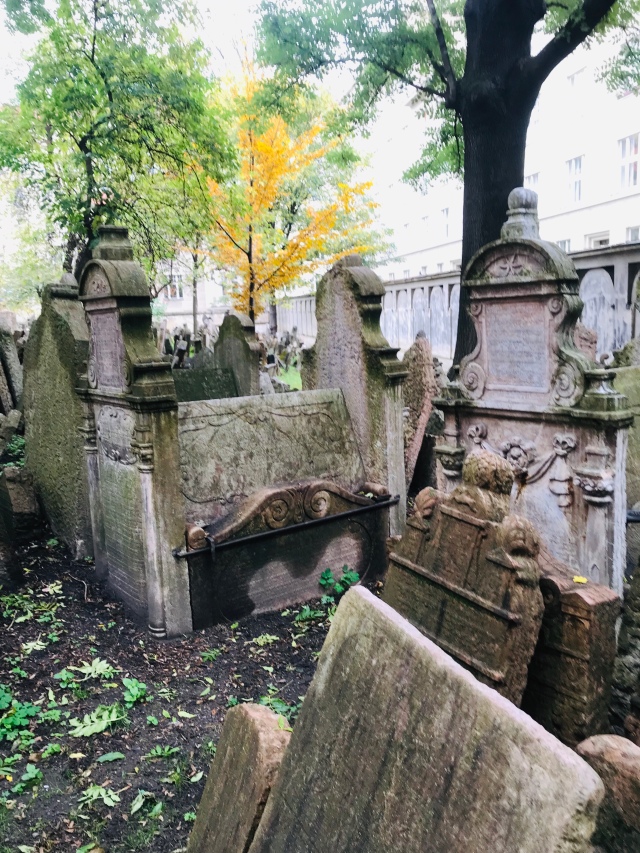 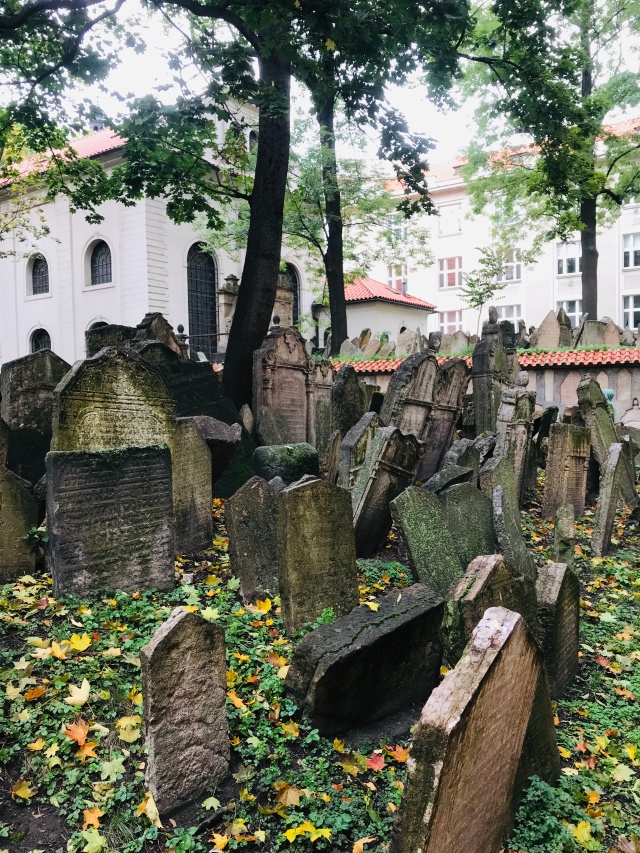 This is the Maisel Synagogue built in the 16th century: 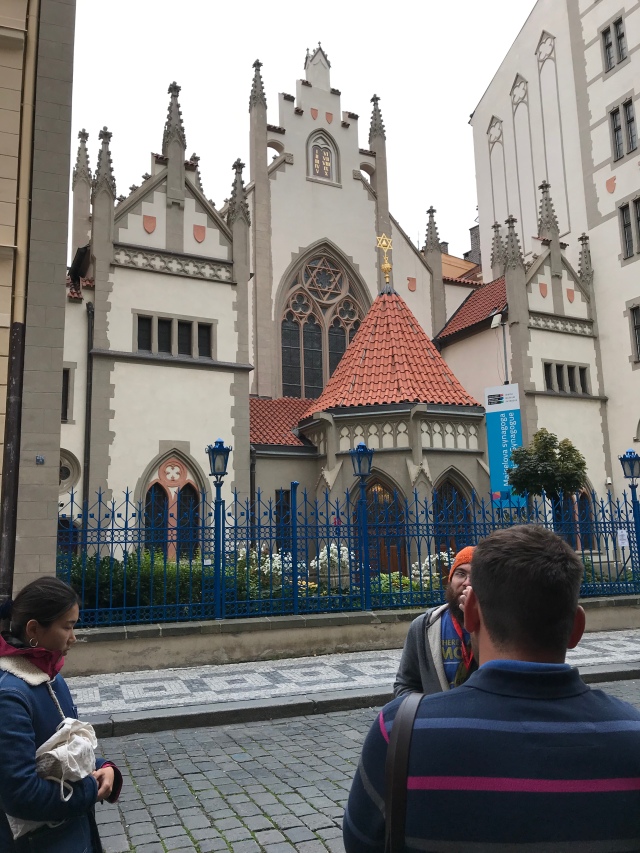 The most heart wrenching synagogue to visit had three separate “shrines”. The first shrine listed the death camps created by the Nazis from Dachau to Auschwitz:

Then there were rooms with thousands of names listed on walls that state every person killed in the camps — each name is verbally declared each day as one views the wall:

All Prague Jews were initially sent to the Terezin Concentration Camp. This was called a ” model” camp because the Germans would regularly show it the Red Cross which meant inmates received better food, limited schooling for children and it had an orchestra. Eventually, the occupants were sent to Auschwitz and Treblinka.

Children of the camp did have a teacher and class. Over several years the children were told by their teacher to draw pictures of “normal” activities — the sadness is overwhelming– see below:

The students completed over 5,000 drawings while in captivity. Their teacher hid them in a horse barn. Neither the teacher or the children survived the death camps. Their drawing are all that remain. Eventually, over 15,000 children were sent to death camps–150 survived the war.

On a cheerier note the ghetto had two clocks that could be seen near the synagogues: one clock is in Hebrew (toward the bottom), but both clocks are located on the ghetto municipal building. The Hebrew clock is unusual in that it runs backwards and uses numbers shown in Hebrew:

It’s strange that with great sadness can also come beauty.

2 Responses to Sadness comes with the Territory