Going Up the “Brown Danube”

Today there was only one stop. This was to the Benedictine Abbey of Göttweig. The day was quite beautiful, however, until we reached the abbey which was located on a hilltop overlooking the Danube River it was hard to see or appreciate the density of the thick fog that covered the river valley: 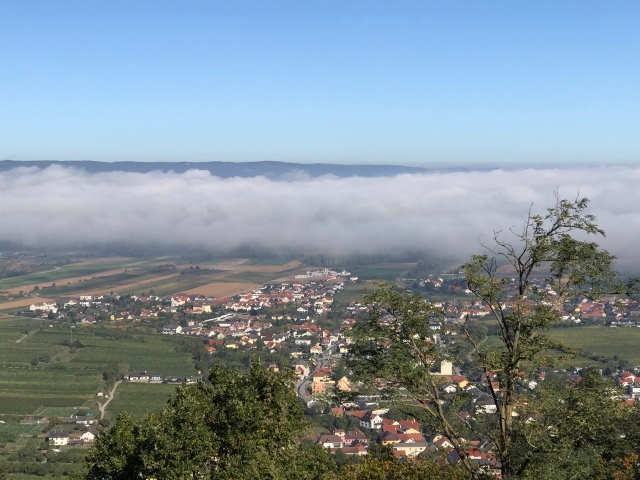 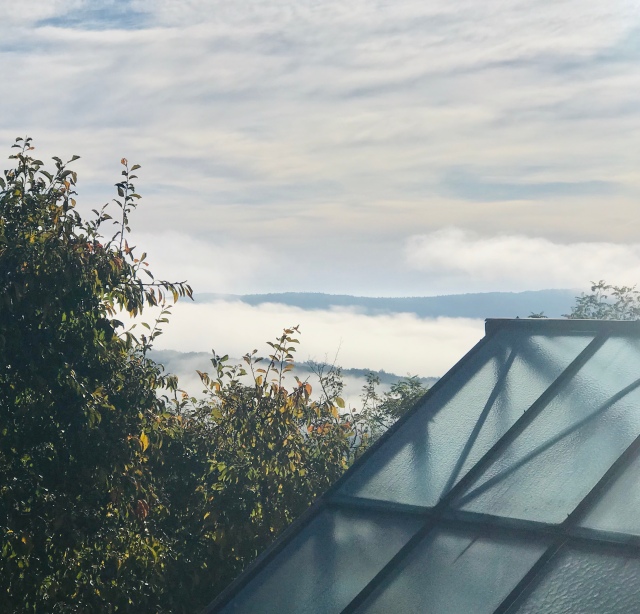 Located near Krems, Austria the abbey was founded nearly a thousand years ago. Currently, 45 priests and brothers reside here. Ranging from the ages of 21 to 94 they provide clergy to local parishes, as well as, agriculturalists, artists, teachers and many other professionals.

Like all Roman Catholic enclaves the buildings shared great beauty: 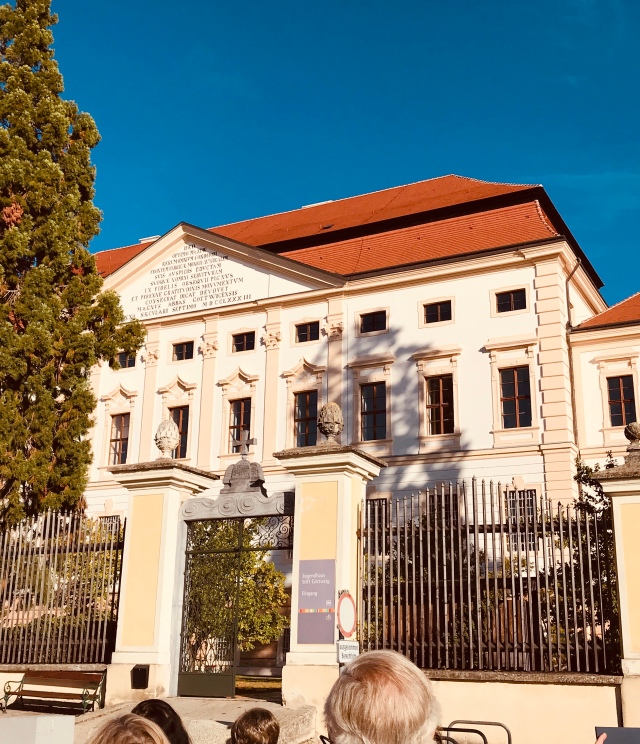 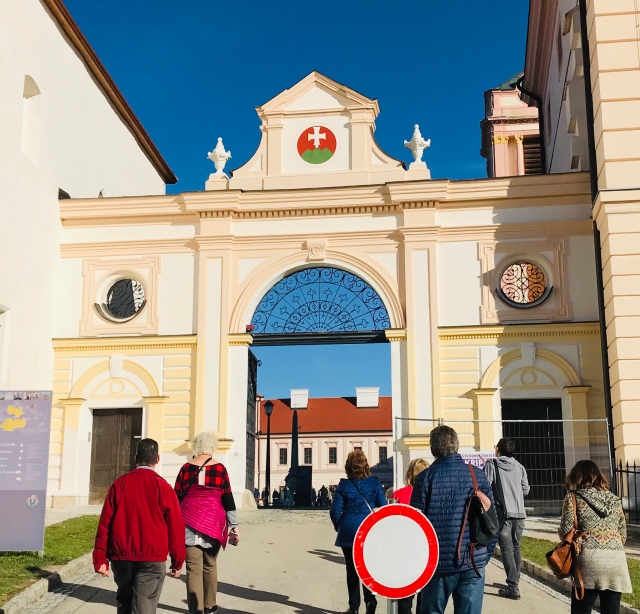 The abbey was originally built of timber. It burned down several hundred years ago (the flames easily jumped from building to building no water was on the hill making it very difficult to save the site save the Church) and so it was rebuilt to mirror its former design. A general dearth of funds resulted in painting certain exterior improvements onto the new abbey buildings and even its Church — the clock on the right is painted on unlike the the clock to the left. It also includes windows in different parts of the abbey: 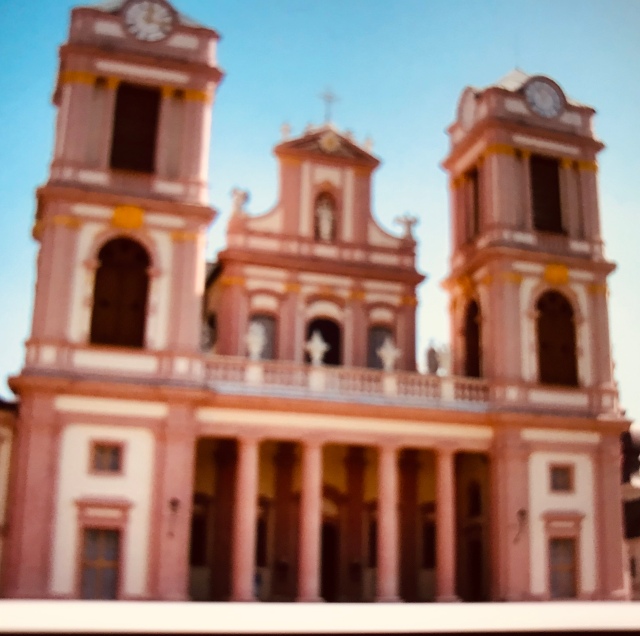 Not unlike other churches of that era the inside had the typical gold leaf, statuary and frescos: 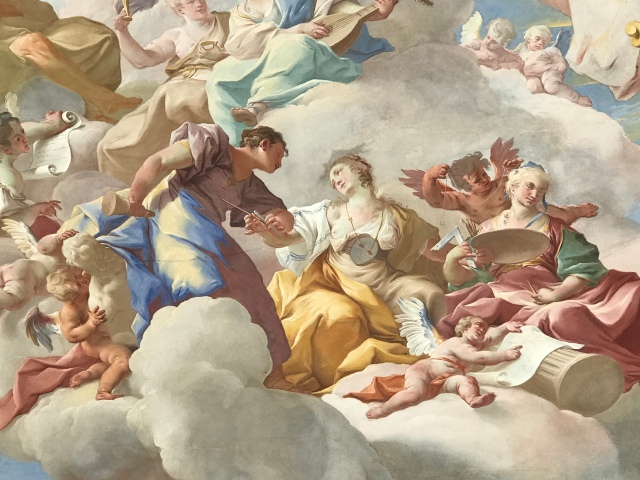 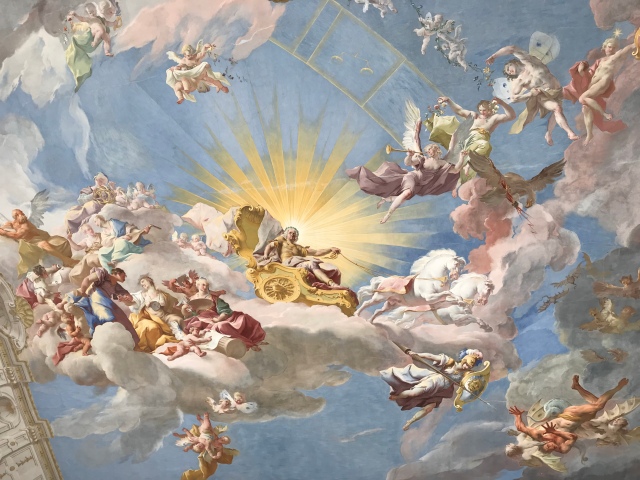 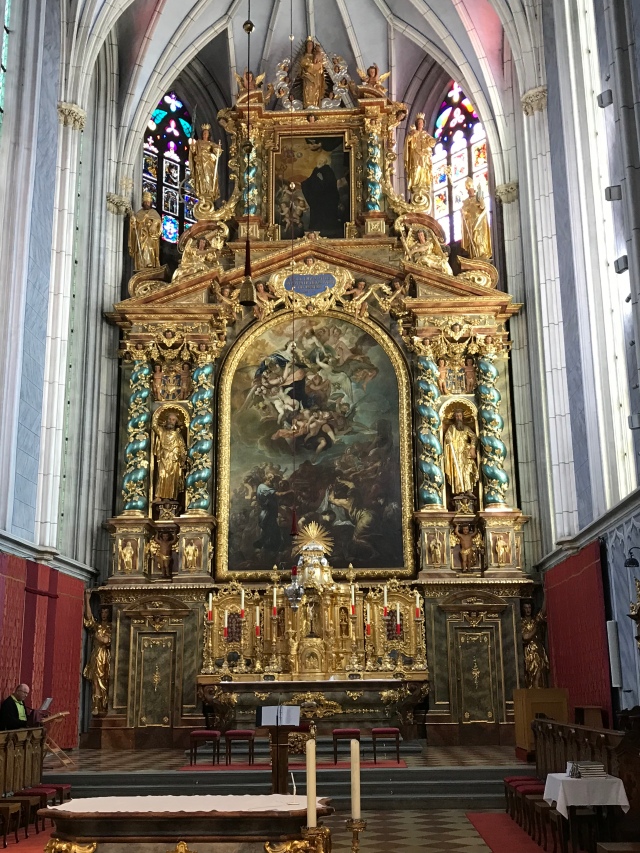 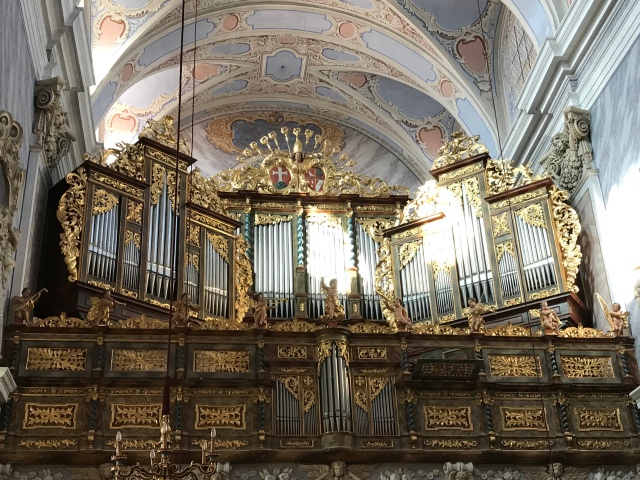 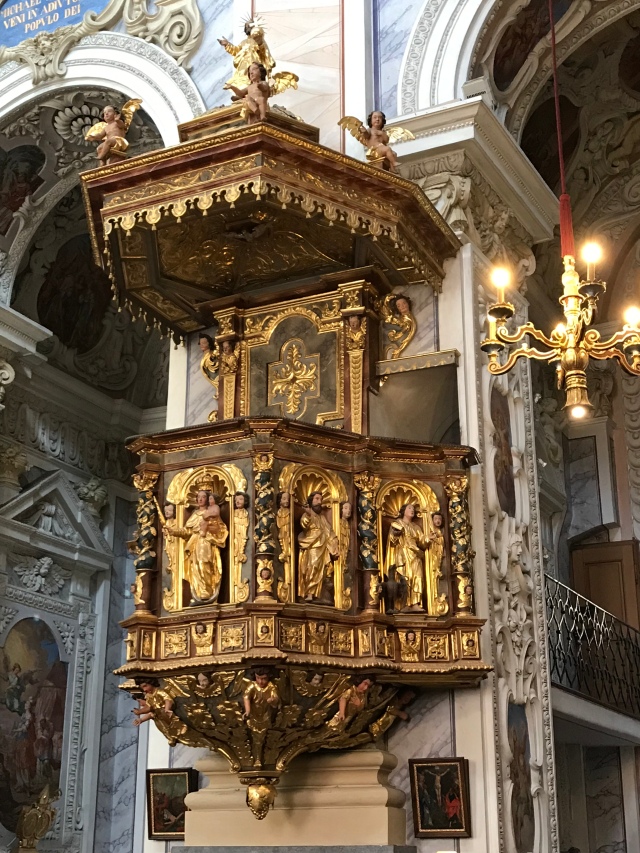 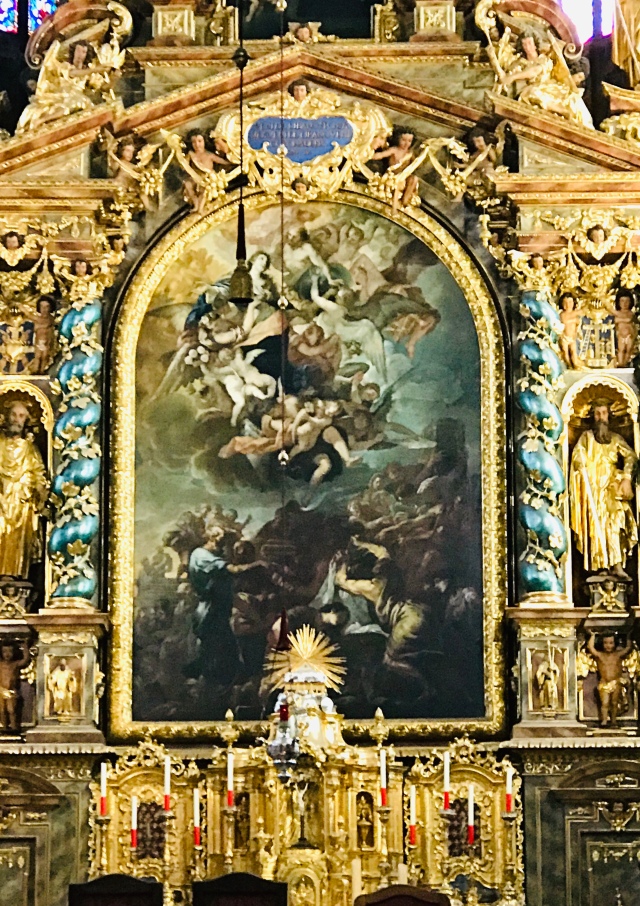 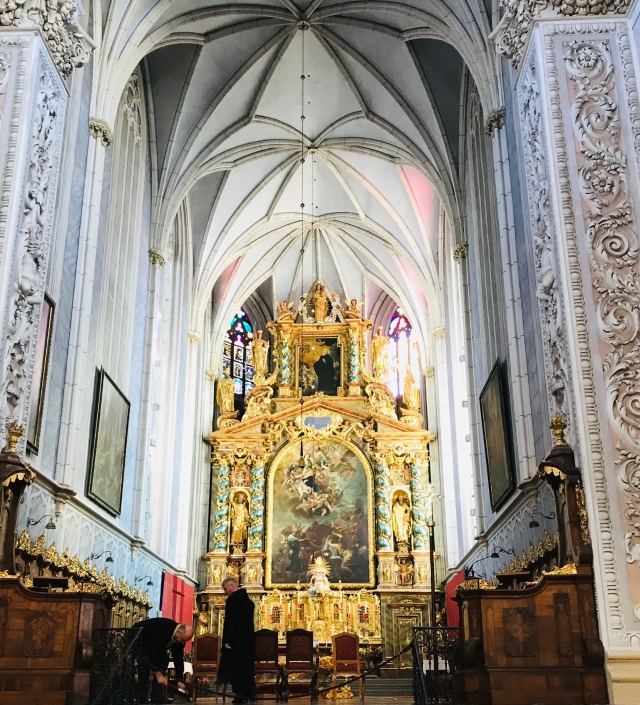 Frankly, I’m beginning to feel rather “over churched” — after all if you’ve seen one church you’ve seen them all!

Once we got on our way again the scenery looked great–leaves changing, swans all over the place even moon sightings occurred: 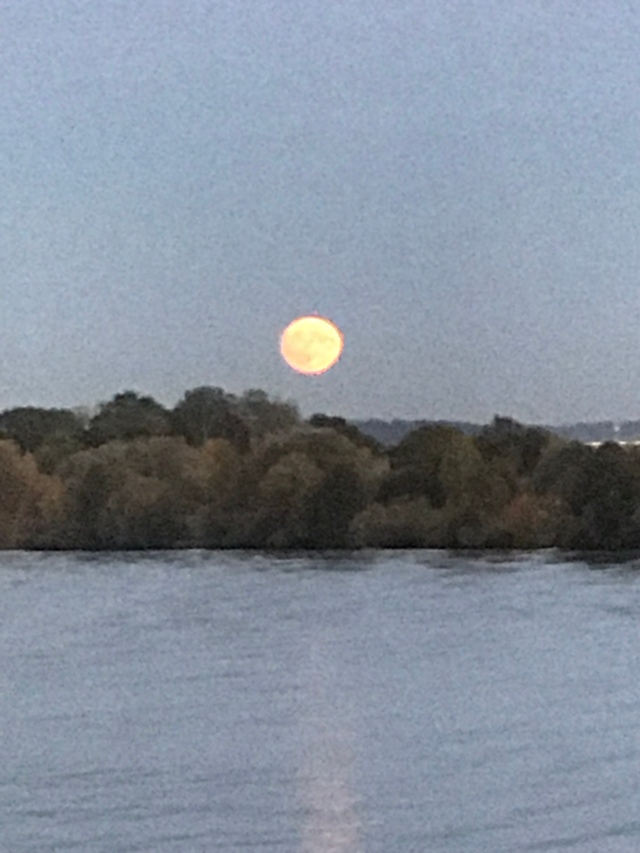 What a pleasant way to live. On to Linz.

1 Response to Going Up the “Brown Danube”