On the way to California we elected to go across South Dakota in order to visit a national monument in western Nebraska.

We stayed in the Range Country Lodging in Murdo, SD. The motel and the town had a real western feel — lots of historical info on cattle ranching and the branding of cattle. Most of wall space in the motel was covered with old photos of early settlers. I particularly liked a photo of barbed wire– who knew there was such a variety. 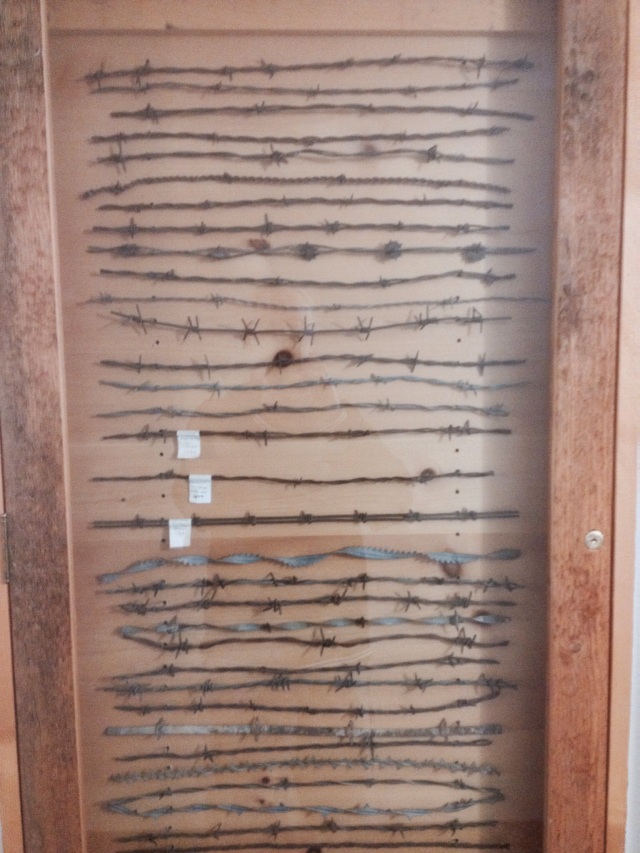 Our lone meal was dinner at the Rusty Spur Saloon and Restaurant. The place was loaded with memorabilia of the “old west”. They even had a Wells Fargo Stagecoach! 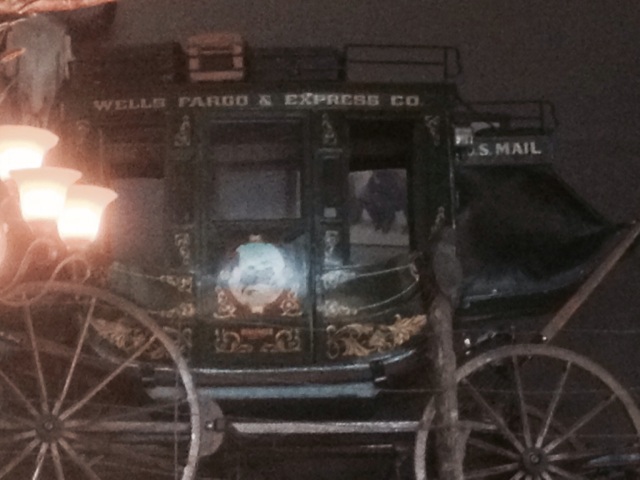 My companion and I ate a cheeseburger — the onion rings and fries were delish.

Later I learned that my South Dakota born and raised daughter-in-law was an infrequent visitor to this humble burg. She has warm memories of Murdo. Who knew? On to Nebraska.

I'm retired. Travel a lot.
View all posts by tourdetom →
This entry was posted in Uncategorized and tagged cattle, motels, SD, Wells Fargo. Bookmark the permalink.